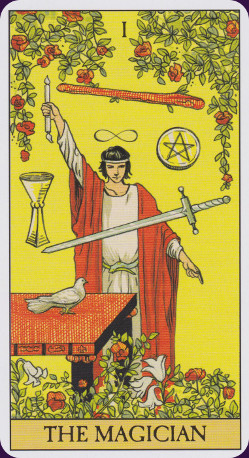 The After Tarot shows what might have happened next in each scene in the 78 Rider-Waite cards. The illustrations are an a close reproduction of Pamela Colman-Smith's original artistic style. It's a very creative concept, and a companion deck to the Tarot of the New Vision.


Card Images from the After Tarot 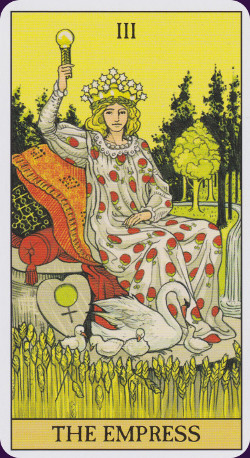 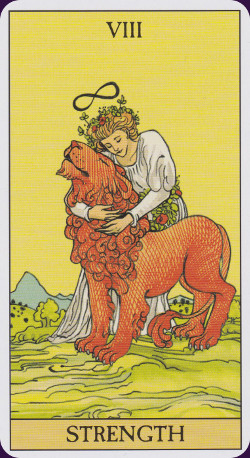 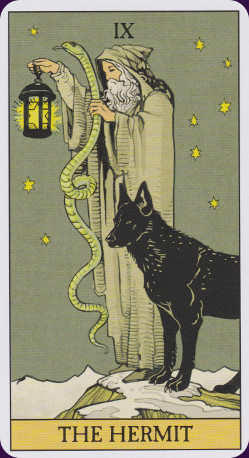 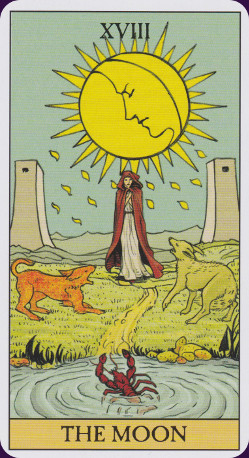 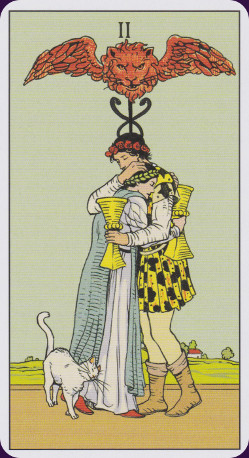 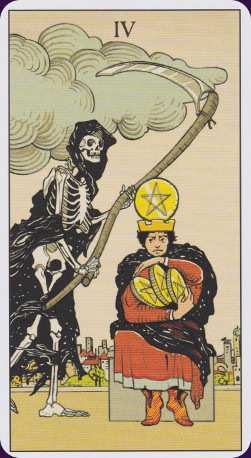 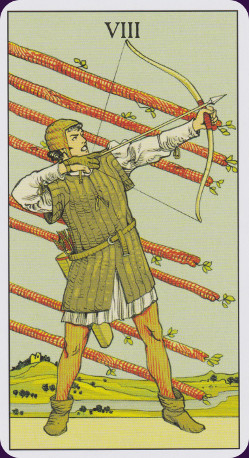 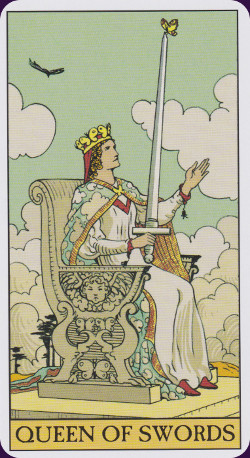 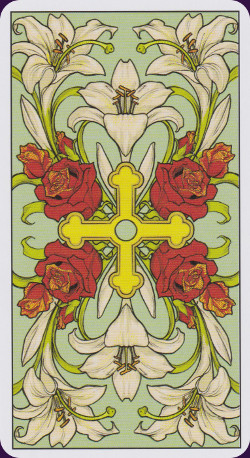 After Tarot Review by medusawink

While it is always worthwhile to challenge institutions and test their veracity, ultimately those which remain and succeed do so because they are valid or speak to a fundamental human need. Some tarot decks enjoy momentary success while others fall from favour due to changing trends, or because they become passé. Decks such as the Rider-Waite-Smith and some of its 'children’ such as the Aquarian Tarot and the Morgan-Greer Tarot have remained in print because they are essentially timeless. It is always a dicey proposition then, to meddle with a well loved institution – in this case the foundation tarot deck by Pamela Colman-Smith and Arthur Edward Waite.

The After Tarot is based on the idea that the Seeker or viewer is seeing the moment after the image depicted in the Rider-Waite-Smith classic deck. Tarot images seem to exist in a mysterious parallel universe, suspended in time, offering glimpses into stories which remain tantalisingly unresolved. A deck such as the After Tarot (and the Tarot of the New Vision) can give us some sense of resolution or a possible alternate version or ending. It must be noted however that introducing new elements into archetypal images and ideals can alter their fundamental meaning.

The After Tarot is a fascinating exercise of the imagination which has both mixed successes and also failures. While some of the images in this deck have their intended meaning enhanced, amplified, and bolstered by the additional elements others are subverted by them. For example the Empress remains fundamentally unchanged but for a swan and her cygnets sitting placidly at the Empress's feet. This small addition simply emphasises the intent of the card - fertility, creativity, love.

On the other hand the Eight of Wands, which in its original form shows eight flowering wands flying through a peaceful countryside, has an interesting addition – a bellicose archer dressed for war, firing off an arrow. Gone is the atmosphere of serenity, replaced with a sense of anger and aggressiveness. While the intention of the illustrator has been to show a soldier firing off a message, the image is betrayed by the hostility inherent in the additions.

And so throughout the deck there are checks and balances – sometimes cards are more hostile, others more placid and some imbued with a sense of sorrow or even treachery that was previously absent. And some cards have been given an element of charm and beauty that was implied but never distinguished, such as the Queen of Swords – who now has a butterfly resting on the tip of her blade.

This is a 78 card deck featuring 22 Major Arcana and 56 Minor Arcana. The Minor Arcana consists of four suits; Swords, Wands, Cups, and Pentacles. Each suit has 10 number cards and 4 Court cards – Page, Knight, Queen, and King. The Major Arcana follows A. E. Waite’s ordering, and the card titles remain the same.

The cards measure 65 x 120 mm which makes them a fairly standard sized tarot deck, although it is ever so slightly smaller than the original RWS deck. As with all Lo Scarabeo decks the card stock is superb – light yet sturdy, flexible without being fragile. The finish on the cards is smooth and low gloss which facilitates easy handling and shuffling. The cards have a good weight to them and they sit comfortably in one's hands. The print quality is outstanding, with subtleties of colour and fine details being exactly reproduced without any blurring or colour bleeds.

The artwork is meticulous in its attention to detail in recreating the essence of Pamela Colman Smith’s images, and the additions and alterations to them are virtually seamless. The colours and textures have been reproduced with precision. If one were unfamiliar with the original illustrations the changes and inclusions would be virtually undetectable in many of the cards. The artist has retained the slightly faded palette from the original Rider-Waite-Smith prints, the more acidic colours of later reproductions are not present.

As with the original deck, each image is hemmed in by a thin black line and has a narrow white border. Numbers are given at the top of the card, and titles for the Major Arcana and Court cards are given on a narrow beige coloured strip at the base of the image. The font is modern and does not attempt to reproduce Pamela Colman Smith’s unique hand lettering.

The print on the back of the cards – a solar cross surrounded by lilies and roses on a pale green background – is reversible. The cards come packaged in a close-fitting cardboard box. It is printed with images from the cards, and has a smooth, high gloss finish. While it will keep the cards in good order, this packaging will not withstand careless or rough handling, and will benefit from being kept in a protective box or bag.

The Little White Book comes with instructions in English, Italian, Spanish, French, and German. Each card has a solid paragraph of information which details a description incorporating the most salient symbols, as well as some indicator of its divinatory meaning. The information essentially highlights the artist’s inclusions and changes, and details their symbolic meanings.

The After Tarot is a fascinating exercise of the imagination, and certainly prompts one to review one's understanding of the cards. People who are habitual users of the Rider-Waite-Smith deck will be either intrigued or infuriated by these changes to their familiar territory. Ultimately this is a charming deck, in which the artist demonstrates their profound grasp of the intricacies of tarot. This deck is challenging but also totally functional.

If you are looking for a Rider-Waite-Smith based deck then this variation is engaging and delightful. It is not recommended for complete beginners – it is best to become familiar with the foundation deck before working with decks which vary the symbolism. On the whole this is a beautiful deck with much to offer the experienced tarot reader.


Complete Details of After Tarot


Similar Decks to After Tarot