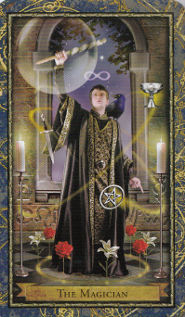 The Wizards Tarot is a tarot deck and a school of magic, where the majors feature the professors and the minors feature the students. Designed by Corinne Kenner and illustrated by John Blumen, it has photo-realistic digital art and a distinct Harry Potter feel. 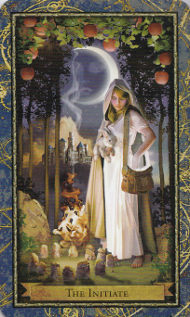 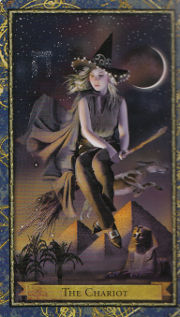 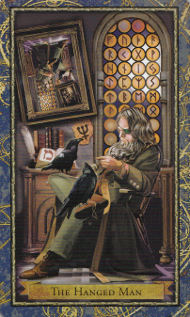 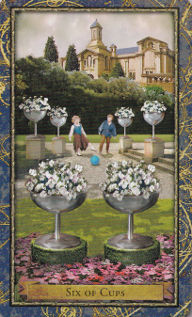 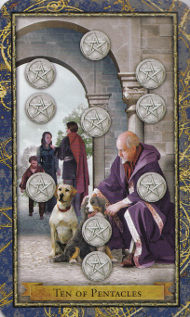 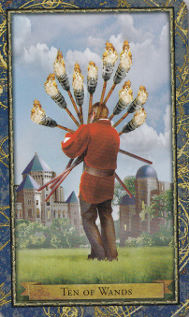 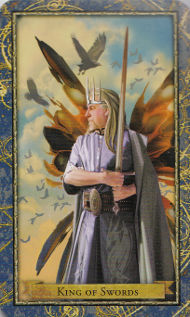 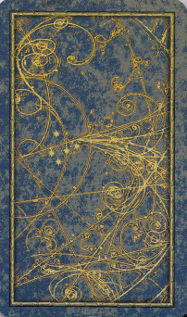 The “Wizards Tarot” brings together a lifetime of wisdom from two separate individuals that melds together into one perfect form. Corrine Kenner brings her knowledge of the Tarot and metaphysical subjects (with the ability to allow Seekers to actually place the esoteric world to good use in their lives). The concept for this deck is Corrine’s, as was the choice of symbols for the cards. John Blumen has an eclectic portfolio that includes industrial design, children’s books and fantasy art. His magic wand brought the concept for this deck to life.

In the accompanying Handbook (companion book) the very first line of the introduction takes the Seeker directly into the world of the “Wizards Tarot”. How does it do this? By introducing us to the Mandrake Acadamy, Here the Seeker is the student, and the Tarot is the teacher. Modern professors inhabit the rolling plains of the academy, bringing the ancient arts of witchcraft and wizardry to a new generation of students.

The professors take the form of the Major Arcana cards, leading their students through a series of twenty-one lessons in basic magic. In the Minor Arcana the student meets other students, young magicians honing their craft. The four suits illustrate the four schools of magic – fire, Water, Air and Earth.

I love the concept of an animal familiar, and everyone at the Mandrake Academy (student and teacher) has one. In the Court cards the student will find the elemental beings that guard the school: Salamanders (Fire), Undines (Water), Sylphs (Air) and Gnomes (Earth). Kenner notes that the student needs to remember to be respectful, as the elemental creatures are unpredictable.

There is lovely whimsy here too – the calendar year for the Mandrake Academy is a year and a day, referred to as the traditional time for magical initiates. Everything the student needs to get started is in the “Wizards Tarot” kit, with the Tarot cards acting as the student’s tools, and the Handbook instructing the student how to use their tools.

The deck and book are housed in a box that opens from the top. The front of the box shows an image of the World, while the back of the box gives information about the deck and its use.

The deck itself is Rider-Waite based, a traditional 78 card deck with 22 Major Arcana cards. 40 Pips and 16 Court cards. The suits are Wands, Cups, Swords and Pentacles. The Court cards are Page, Knight, Queen and King. Strength is VIII, Justice is XI.

The Major Arcana are as follows:


The Handbook is one of the most unique companion books I have ever seen. It is also really, really sneaky! While the student is learning to read the Tarot, they are also learning how to do things like create a magic circle, brew herbal elixirs, work with crystals and more! For example, the chapter on the Initiate guides the student in the use of visualization and entering the cards. The spread offered in this chapter is also quite unique. Specific cards are used: the Initiate is placed in the center, with the Magician on its left and the High Priestess on its right. The Initiate represents the Seeker as they are in the present moment. Within the symbols of the Magician one symbol will stand out. This symbol represents a gift or talent that the student has already mastered. The High Priestess is meant to stretch the student’s skills as an oracle.

The practical magic for the Empress is the creation of a crystal elixir to help your garden grow. The spread for the Emperor is the Four Square Spread, which enables the student to achieve a clearer understanding of the four realms of their existence. Something else that interested me in the chapter on the Emperor was the chart of Greek and Roman Pantheon, with both the Greek and Roman names for the mythological characters, as well as the Tarot Major Arcana cards that represent them. The spread for the Chariot is entitled “Charioteer’s Time Travel Spread”. I love the idea of the Chariot as the Professor of Astral Travel, and this spread, which combines Past/Present/Future with Body/Mind/Spirit.

The following is an example of Magic Power and Magic Charm:

Magic Power : The Eight of Wands is a card of long-distance messages and instant communication.

Magic Charm: Focus on the Eight of Wands when you want to communicate quickly and effectively.”

At the end of the Handbook is a list of recommended reading – a wonderful addendum to the resources offered through working with the cards.

The cards themselves are approximately 2 ľ” by 4 ˝”, of good quality card stock. The backs have a marbled blue background, with gold markings in the center. They are not reversible. The faces show a Ľ” gold and blue border, with a gold strip across the bottom of the card for the card title.

The artwork is digital, with a good depth of color. They do he Mandrake Academy theme proud, showing the true magic that this deck evokes … magic that we can all have in our lives. Some of the cards are very true to the Rider-Waite tradition, some are not. The Chariot shows a witch on a broom, flying over pyramids. The Initiate shows a female figure in a white gown, with a yellow robe, standing in front of a circle of stones. Her left hand is reaching into her leather pouch, while in her right hand she carries her magical familiar, a white rabbit.

The Lovers shows a male and a female figure seated, facing each other across a wooden desk, quill pens in hand. Standing over them is a female figure, dressed in white, holding an apple in her hand. The Wheel of Fortune shows a female figure seated at a spinning wheel, with ghost-like figures in the background. The wheel has eight spokes, each spoke representing a rite of passage.

The Dark Lord (the Devil) shows a male figure standing between two fiery torches, with two large toads on leashes in front of him and an inverted Pentagram behind his head. I don’t know if this is intentional or not, but the figure in the Nine of Cups to me strongly resembles Tarotist Barbara Moore.

Strength shows a female figure, dressed in white, petting a dragon. The Magician is quite an impelling figure, dressed in a black robe with gold cuffs, his wand held in his raised right hand, with the symbols of a Sword, Cup and Pentagram circling around him, and red roses and white lilies circling his feet. The Hierophant shows a centaur - half man, half horse. The Three of Swords shows the swords all going straight down, rather than having the two outside swords coming in at an angle. Transfiguration shows a figure in the process of shapeshifting from a man into Proteus butterfly. In front of him are a skull and two white candles, lit.

I found this deck, and the accompanying Handbook, to be a treasure trove of information, a true gift to the Tarot student. Very “Harry Potterish”, yet very precise and real. If you pay attention to it, and respect it, this deck will take you far.