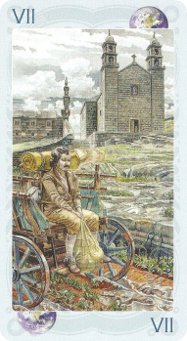 The Sacred Sites Tarot is a deck of significant, mystical and powerful places and structures - both natural and manmade - from across the world. Its 78 cards feature everything from Stonehenge to the Ganges to the Hagia Sophia - and unusually for a deck from Lo Scarabeo, have no multi-lingual titles on the cards. 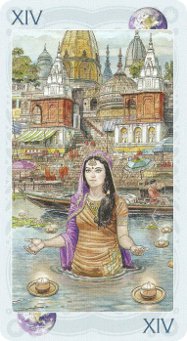 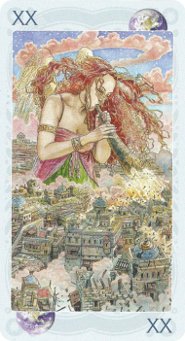 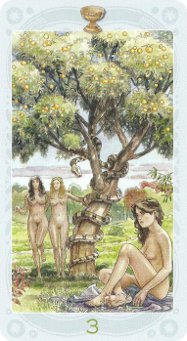 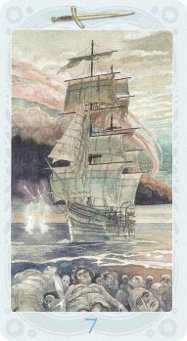 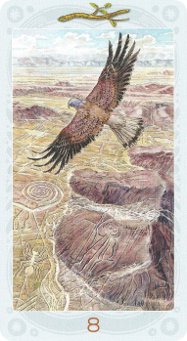 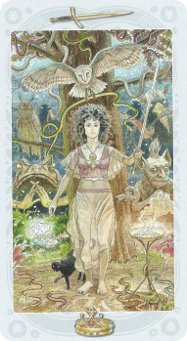 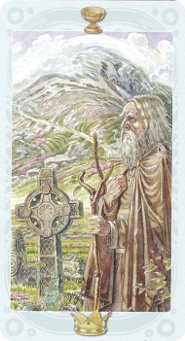 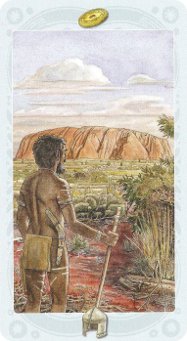 Lurking in Watkins, London’s famous esoteric shop in the pouring rain today, was a surprise waiting to find me.

A treasure trove of brilliantly painted sacred sites, each with a story to tell that - thanks to the imagination and genius of its creators - brings legends to life.

This is at once a workable tarot and a superb pictorial collection of 78 sacred sites from around the world. The artwork is painstakingly detailed, and (thank goodness) has been printed at a higher resolution than many of the offerings from Lo Scarabeo, US Games or Llewellyn so fine details can be appreciated easily. Looking at these paintings is like gazing upon the delicate brushstrokes on a Faberge egg.

No pun intended – Lo Scarabeo have come up Trumps with this one. It cannot be faulted. There are, unlike so many of lo Scarabeo’s decks, no printed titles on any of the cards (especially annoying when rendered in six languages). This deck is intended for connoisseurs of the tarot, who would in any event know the identity of the cards, simply by the minimalist categorisations (numbers on the majors and the pips, symbols on the court cards – a helmet for knaves, a horse-head for knights, crowns for queens and kings).

The context for the deck is brilliantly described in the LWB thus:

‘Man has always perceived the extraordinary nature of some sites to which he is mysteriously attracted. Engrossed by his search for the sacred, fearful, yet inexorably drawn by invisible grids of arcane energies, man of past eras believed these sites to be the dwelling places of the Gods and did his best to honour them, erecting circles of stones or building temples. These sacred sites were often inhabited by Shamans or sacred women who were committed to acting as intermediaries between the Divine and common people, dedicating their entire lives to this important and burdensome task.

To modern man, the sacred monuments of ancient populations may seem to be the fruit of archaic superstitions, yet apparently, more highly-evolved religions have erected churches and cathedrals on the very same lands that were once consecrated to ancient cults.

Nowadays, many believe in the theory that the Earth is crossed by lines of energy that intersect with each other. According to this theory, these sites of power where sacred constructions have so often been built would carry out the same function as acupuncture points on the human body. One thing that is certain is that man has always felt the allure of these particular sites, consecrating them to worship in the past, or even transforming them into tourist attractions in more recent times. The important thing is that, whether the Sacred Sites beckon devoted pilgrims or merely curious travellers, the sensations they evoke have remained unchanged for millennia.

In fact, it is not so absurd to think that these same Sites, through prayer and a variety of rituals, have accumulated the energies of believers over time, intensifying their superterrestrial power. We can imagine that they disclose mysterious channels of communication, and that man, here more than anywhere else, can perceive a more profound contact with other-worldly realities that would otherwise remain unknown.’

The LWB goes on to say: ‘Not all the Sites of Power represented in the deck are zones illuminated by positive forces, as some still bear the marks of dramatic episodes that occurred within their walls and continue to resound with the echoes of dark yet piercing vibrations centuries later.

In a broader sense, the Sacred Sites are those territories where the barriers between the worlds are thinner, and human beings can clearly perceive the voice of the supernatural, a voice that awakens man from the merely material perception of things and reminds him of his original nature as a spiritual being.’

Some compelling examples from the deck...

The Magician (just numbered ‘1’ as already observed) is a Druid in the familiar ‘above and below’ posture, standing in front of the monoliths of Stonehenge. He is surrounded by pagan symbols – wolves, an apple, a mushroom, candles. He holds aloft an athame.

Card 5 (the Pope). A man wearing a mitre and in an attitude of meditation sits on the steps of the Potala Palace, in Tibet. Two priests meditate in his presence, seated on rugs at the bottom of the steps. ‘The tombs of all the Dalai Lama who lived here are aligned in the centre of the palace’. (LWB)

Card 7 (the Chariot) is unusual. Instead of being in control of the carriage, a man sits on the back of it, facing the direction he is coming from. The horses drawing the carriage are ‘out of the frame’. In the distance is Santiago de Compostela. ‘This sanctuary is the final destination of a long journey across France and Spain that has been undertaken by pilgrims since the Middle Ages’. (LWB)

Card 10 (Wheel of Fortune). The statue of a man reposes under the iconic symbol of the Mayans, their ritual circular calendar. Interestingly, the name of an ancient Mayan ethnic group (Itza, from Chichen Itza) is revealed in the LWB as meaning ‘water wizards’.

Card 11 (Strength). A woman wearing a ceremonial purple robe stands by a lion in the gardens of the Summer Palace in Beijing, China.

Card 12 (Hanged Man). It is sometimes said that Jesus was ‘hung’ to die on the cross, so the statue ‘Christ the Redeemer’ from Brazil, (one of the seven wonders of the modern world) represents the hanged man.

Card 14 (Temperance). A woman stands waist deep in the River Ganges, India. She holds her palms upwards in an attitude of prayer. Lit candles float on the water beside her, and behind her a man rows a barge. In the background are steps, umbrellas and temples.

Card 16 (the Tower). Here is an example of what the LWB meant when it stated that ‘Not all the Sites of Power represented in the deck are zones illuminated by positive forces’. A man urgently rows a canoe away from the destruction wrought by the eruption on August 27, 1883 at Krakatoa, Indonesia.

Card 20 (Judgement). Of course! What else could it be. An angel with flaming red hair blows into a trumpet with great determination – and the walls of Jericho come tumbling down.

3 of Cups (Abundance). The choice of scene is perfect - the Garden of the Hespirides. The three daughters of the God Atlas stand by the Tree of Golden Apples, around which is entwined a snake whose duty is to protect them.

King of Cups. St Patrick stands by a Celtic Cross at the base of the sacred mountain of the Ireland, Croagh Patrick.

Knave of Pentacles. An aborigine gazes at Ayers Rock, Australia, said to represent the ‘Age of Dreams, when the world took shape and the myth of creation’. (LWB)

8 of Wands (Swiftness). An eagle flies over the Nazca lines of Peru. ‘These drawings on the earth’s surface are so large as to be visualised only from the air. How and why they were created remains a mystery’. (LWB)

Queen of Wands. A woman wearing veils and a golden snake around her wrist stands before the tomb of a King. In the distance, obelisks reach into the sky. (Heliopolis, ancient Egypt).

7 of Swords (Deception). A storm appears out of nowhere, threatening the lives of those on a boat. The bodies and ghosts of those that the Bermuda Triangle has taken previously lie under the sea.

Queen of Swords. A witch emerges from a tree, surrounded by symbols of witchcraft (a black cat, an owl, an ogre, snakes, a frog, mushrooms). The Walnut Tree of Benevento, Italy, is believed to have magical properties. The town is known as the ‘city of witches’.

The back of the cards is elegant and simple – a light blue motif that resembles a popular symbol for water, with the Earth in the centre. It is non-reversible.

Anyone interested in Tarot, Sacred Sites, World Myths and Legends and Places of Interest cannot fail to be impressed by this deck. Recommended!