Tarot of the Wyrd 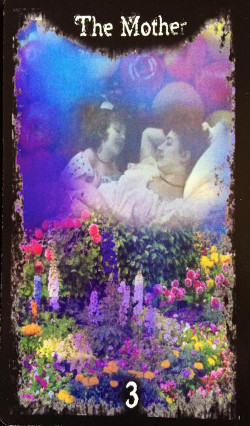 The Tarot of the Wyrd has 78 cards, heavily influenced by the artist's love of Victoriana and dark gothic imagery. The deck is based on Rider-Waite symbolism, and has collaged images of Victorian era photography with added psychedelic colour.


Card Images from the Tarot of the Wyrd 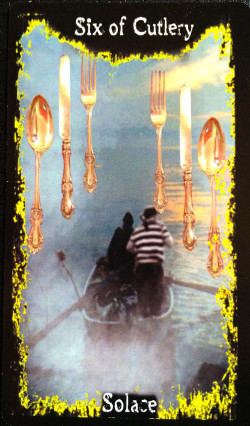 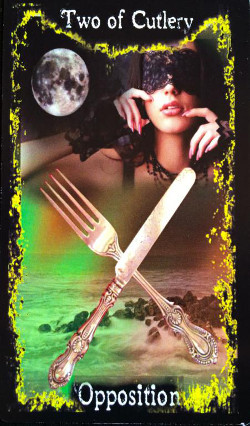 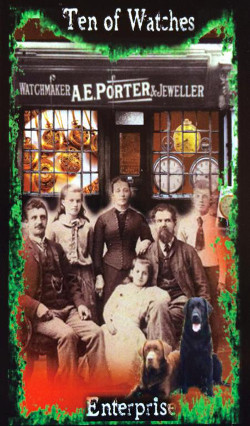 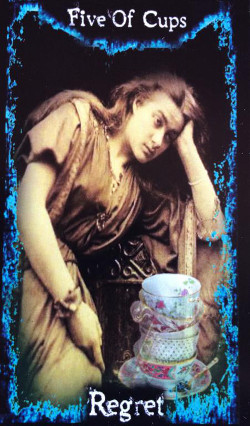 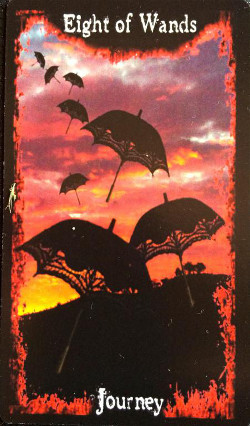 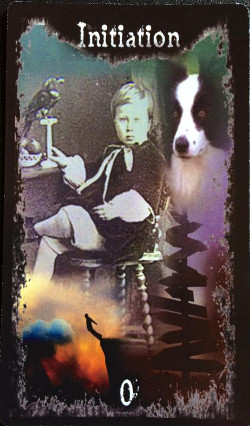 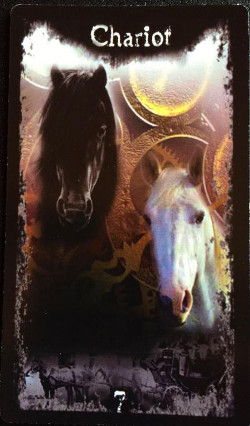 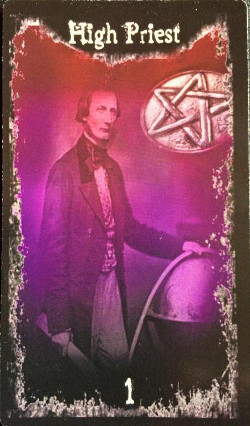 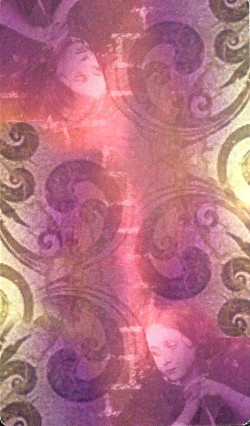 Tarot of the Wyrd Review by winterchild

Tarot of the Wyrd is a deck by an artist known as Celestae. It is available from The Gamecrafter. The deck is RWS based, and the images are heavily influenced by the artistĺs love of Victoriana and dark Gothic imagery.

The box is a Gamecrafter style box with a sealed bottom; it features the deck name and an image of the Devil card. The artists words from the back of the deck box:

I invite you to take a walk into the world of teacups and Gothic Victoriana, a world of magic inspired by an era of eccentricity and regal splendor. Each card tells a story, and every image has its own personality within that story.

Included in the box are the 78 cards of the Tarot deck and a small folded leaflet in black and white giving basic meanings for the cards. There is not title or artist signed card with this deck.

The Major Arcana cards have Strength at number eight and Justice at eleven as in the RWS tradition. Justice shows a very stern looking guy in a top hat. The Fool shows a child with a pet dog, a very Victorian image and the card is called Initiation. The Magician is renamed The High Priest and The Empress and Emperor are The Mother and Father. The other card that has been renamed is Number nine. The Hermit becomes The Shaman. The Death card is a lady in black, very like the lady in the movie of that name. A very dark and shadowy card, the image of the woman is very ghostlike.

The minor suits have been changed slightly to match the period. While Wands are still called Wands the imagery is mainly umbrellas, parasols and walking sticks. Beautiful, Victorian china teacups represent cups. Pentacles are symbolised by and renamed Watches. Swords in this deck are Cutlery. All of the images fit the period beautifully, and the artist has worked hard, to make sure, they remain true to the Rider Waite cards.

Each of the minor cards has a keyword on the bottom, for example:


While I donĺt usually like keywords on my cards, in this deck I am quite happy with them. They are subtle within the design of the cards. The typeface is distressed in fitting with the appearance of the cards in general. it was only on my second look that I even noticed the keywords.

All of the cards have a dark raggedy distressed looking border which works really well with the old photographic images especially. The only think that irks me a little is that the black borders tend to have the odd white marks where the black appears to have chipped. It is a very small thing and it actually fits the whole look of the deck I guess. Anyway it would not be difficult to colour the edges of the deck with a black Sharpie, which would eliminate this issue. I have even considered colouring mine gold or silver.

The card stock is a decent thickness, not too shiny and shuffles well. The cards feel like older style Tarot cards, not at all plastic feeling. The printing on my deck is not totally centered, as is the case with several other Gamecrafter decks, but again in this deck you hardly notice.

Tarot of the Wyrd is one of my favourite RWS style decks, it is quirky, eccentric, and dark. I can think of no other deck like it, but if I had to try, I would probably say a cross between the Bohemian Gothic, The Zombie Tarot and The Housewives. Any lover of Victoriana or Gothic imagery is bound to enjoy this deck. If this deck were a movie it would probably be Arsenic and Old Lace, or a very dark version of Mary Poppins!


Complete Details of Tarot of the Wyrd


Similar Decks to Tarot of the Wyrd

Home > Decks > Tarot of the Wyrd