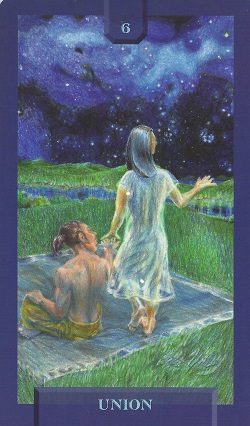 The Today's Journey Tarot is a modern, 78-card tarot that relates the archetypal imagery through everyday experiences instead of esoteric symbolism. It's a gentle and simplified deck, with soft illustrations of modern scenes. An expanded, separate companion book is also now available. 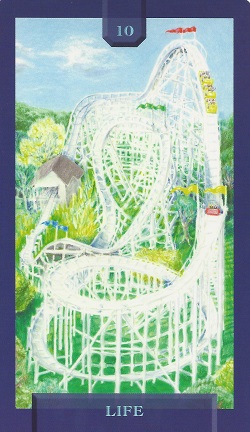 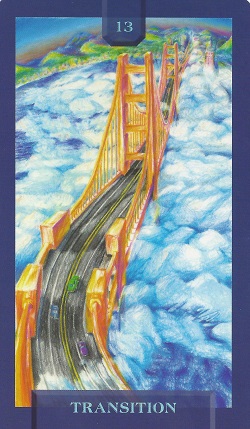 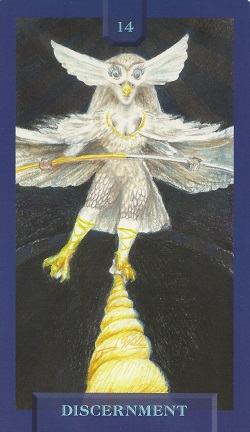 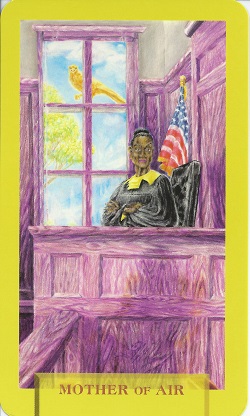 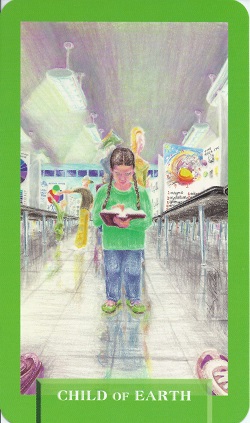 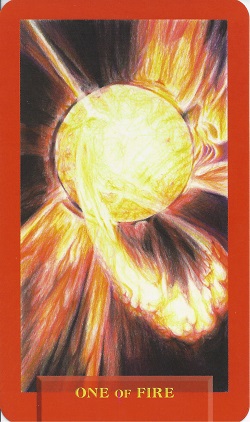 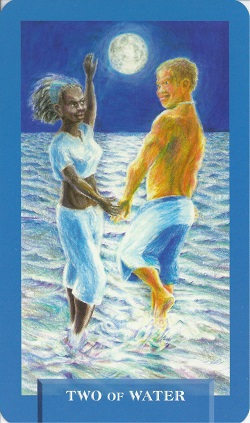 I first saw that this was an “updated” deck before I even saw the cards. This actually made me disinclined to like it, as my preference is the older, more esoteric decks. However, once I had the cards in my hand, I was drawn right into them! I love the simplicity, I love the muted pastel coloring, and I love the conservative nature of the cards.

This deck was birthed by members of a group entitled Expanding Dimensions. Their purpose was to move the traditional structure of the Tarot into a more modern setting. They felt that the traditional structure of the Tarot could be combined with modern imagery that people could easily connect to, while retaining the core values for each card. IMHO, they succeeded very well!

The deck and LWB (Little White Book) come in what is becoming Schiffer Publishing’s trade mark – a heavy cardboard box with a lift top, held closed by a magnet, with ribbons on either side that do not allow the top to hyper-extend when opening. I really do like this – the deck will be protected “forever”, and the cards will not spill out if the box is accidentally dropped, or knocked off of a table or desk.

The 95 page LWB includes an introduction to the group Expanding Dimensions (based in Kentucky), along with a nice background on the deck itself. The text is written in a very gracious, polite format – one that I deeply appreciate. The cards are each presented with a small black and white scan, keywords, a description of the energy of the card, and what the card would mean in a reading. From the book:

The student is beginning a journey of discovery, her first deck of Tarot cards. Her expression suggests curiosity and an eagerness to learn. This is her opportunity to open herself up to a new spiritual path. The nest step is her choice. She must listen to her inner voice and have faith that it will lead her in the right direction. Surrounding her are the colors that represent he four elements of nature: red, blue, yellow, and green. They suggest that she has everything she needs for her journey. She has the strength of her foundation and the potential for growth. Her cat sits confidently beside her. The cat is an animal that can see in the dark. Its presence implies that there may be more here than she is able to see.

In a reading, this card could represent a new journey, a choice, or a new beginning. It could also signify a new spiritual path or inner discovery, Faith is required to make this choice. Listen to your inner self. Seek help if necessary. Someone else may be seeing things more clearly than you.

At the end of the LWB the Merkaba spread is presented.

This is a traditional 78 card deck. The names have been changed to protect the innocent. Well, at any rate, the names have been changed! ;-) The Major Arcana have been retitled (see below), the suits carry the elemental titles of Fire (Wands), Water (Cups), Air (Swords), and Earth (Pentacles). The Court Cards have also been retitled: Father (King), Mother (Queen), Youth (Knight), and Child (Page). Strength is at VIII, Justice at XI.


The cards are approximately 2 ľ” by 4 ľ”, on glossy card stock. The backs have a dark blue border, followed by a thin white border. The inner background is light blue, with a gray and white Merkaba symbol in the middle. The back is reversible.

The author’s note that the Merkaba is a symbolic vehicle used to help reach enlightenment. It consists of two equally equally sized, interlocked tetrahedral (pyramids), with a common center. It is a spirit body of light.

The artwork is done in pastels, in a very 1950’s style of dress and background. The artist has done a self-portrait in the Three of Earth, where he appears at one of his own shoings in an art gallery. Another Earth card that I like very much is the One of Earth, which shows a globe of the earth on a black background. And yes, the number One is used, as opposed to using the term Ace.

The Father of Air is just the coolest card, showing a pilot from the back, as he is flying his plane with all of the controls in front of him. The Mother of Air is shown as a court judge – how appropriate is that!

The Three of Water shows three ladies out for cocktails, holding glasses of wine. This is so real, it brings back memories of both past and recent experiences with friends. The Nine of Fire shows a highway, being blocked by iron bars. The One of Fire shows a fiery Sun, surrounded by darkness.

Choice shows cars being driven on a freeway, with an exit coming up. Tradition shows an absolutely beautiful domed building with colorful glass windows. Wisdom shows a female figure, in a long sleeved, high-neck blue dress, sitting at a table, in front of a Tarot spread. Beginning shows a young girl sitting on the floor of her bedroom, cards spread out in front of her as her cat watches. How many of us had these very personal moments when we were that age!

This is a deck that would appeal to collectors, to those that like 1950s style art, and to anyone who wants a gentle deck to work with themselves, or to offer to their clients. It is also child friendly (yes, I read for children if they ask!). Instead of Alice through the looking glass, it is you, the reader, through the Merkaba!

Comments on the Today's Journey Tarot by Pat Lavey

Like the traditional Tarot deck Today’s Journey consist of 78 cards. Today’s Journey is similar to The Rider-Waite in that Today’s Journey has two divisions, the Major Arcana and the Minor Arcana. The Major Arcana or Keys has 22 images starting with Key 0 or The Beginning which pictures a student of tarot beginning her journey with the Tarot. Key 22, Completion, the student of tarot has become the teacher tarot. One Key between Beginning and Completion is Tradition. In The Rider-Waite deck Tradition is the Hierophant. A Hierophant in the Tarot is often thought of as the Pope. Key 5 in Today’s Journey deck is a structure representing conformity to social standards or deference to the established social morals. Key 11 Karma in Today’s Journey replaces Rider Waite’s Justice card. The justice being referred to is not man made laws but Universal Laws such as for every action there is an opposite and equal reaction, Karma. There is always a balance in the Universe. Fifty-six cards comprises the Minor Arcana, 4 suits-earth for pentacles, air for swords, fire for wands and water for cups. Today’s Journey tarot deck plainly names the elements represented in the Rider-Waite‘s Minor Arcana. Each suit has a family which consist of child, youth, mother and father replacing the Rider-Waite court cards. For example; In the Rider-Waite deck the Six of Swords shows a ferryman or a divine entity moving others away from difficulty. In today’s terminology we see a vehicle moving others. They have no map or global positioning system, gps. The family follows instincts to move away from trouble or danger as the geese are moving to safety in the south. This card can represent Today’s Journey Tarot deck’s approach simplifying the more esoteric message of most tarot decks. It is meant to be read and interpret by all not just those who have studied the arcane language of the tarot.

The members of Expanding Dimensions, the authors of Today’s Journey Tarot Deck purpose was to greatly simplify the reading of the tarot. Anyone can interpret our cards. Symbols used are representative of today’s world. It is easier to explain the everyday sight of a car traveling an expressway than to explain a mysterious ferryman moving a woman, child and six swords across a river.