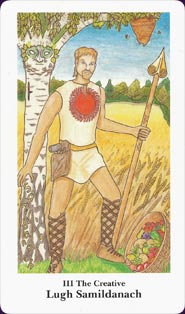 Sol Invictus: The God Tarot is a deck that seeks to explore the many faces of the Divine Masculine through the stories of Gods, heroes, and historical men throughout the ages. Both Majors and Minors are fully illustrated, conveying the meanings of the cards as well as the myths of each particular deity/figure. The Court Cards have been renamed Awakening (Page), Quester (Knight), Nurturer (Queen), and Master (King) to better fit the deck's God-oriented theme.


Card Images from the Sol Invictus: The God Tarot 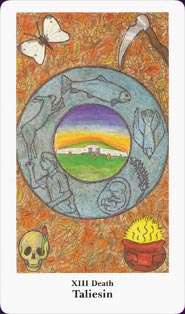 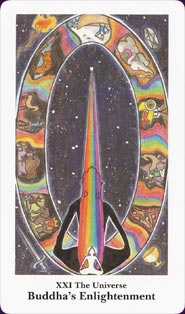 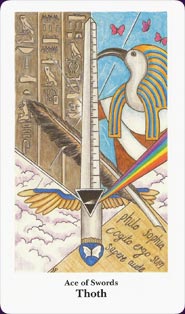 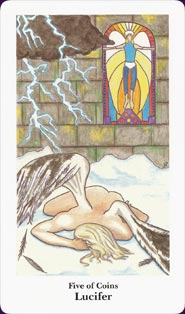 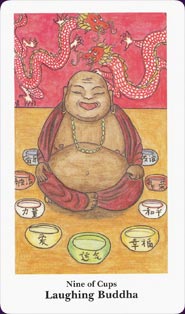 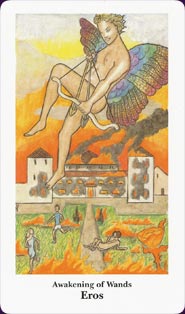 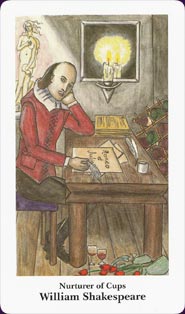 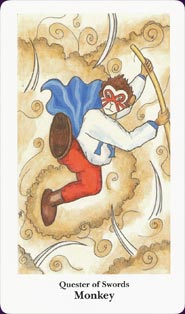 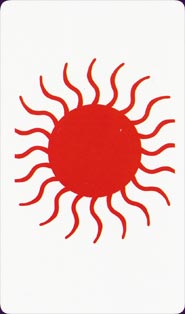 “Connect with the many faces of the Divine Masculine – retain the God!”

While there are many, many Tarot decks devoted to the Goddess, the feminine principle, or the faces of Women or female deities the world over, this is the first to explore the myths, legends and stories of the Divine Masculine. With Gods, heroes, saints, historical and literary characters, the God Tarot is an all-male deck that goes some way to redressing the balance of male energies in the Tarot and Oracle world.

The two creators, Kim Huggens and Nic Phillips, are both familiar with Tarot and historical research. Kim has been a very long term member of the Aeclectic Tarot Forum, is a professional reader, and has had a huge enthusiasm for Tarot since she was nine years old. Now, she’s just an enthusiastic about world mythology, and is a post-graduate student in Religious Studies and Philosophy. Nic has also worked with the Tarot for years. He is a student of history and archaeology, with an interest and knowledge of mythology and Pagan subjects, and is the artist for the God Tarot.

The 78 cards have been thoughtfully chosen to make a useful reading deck that shows the Gods in an approachable way, but also keep to recognisable tarot symbolism. The gods and characters have been drawn from a huge range of sources the world over, from both legend and reality. The Hierophant is now Jesus of Nazareth; King Arthur and Merlin are Alchemy (Temperance, in more traditional decks); the Tower is the Hindu deity Shiva; Buddha’s enlightenment is the Universe card. Elsewhere, the Italian Giacomo Casanova is the Master of Wands, Nietzsche’s Zarathustra is the Hermit, The Selfish Giant from Oscar Wilde’s works is the Four of Coins, and the unlucky Oedipus appears on the Wheel card, to show the futility of trying to escape your destiny. Even Father Christmas makes an appearance in the Six of Coins, and William Shakespeare in the Nurturer of Cups.

The card imagery doesn’t always shoe solely one deity or character; some with close similarities to the archetype have both been included in the image (such as Ra and Kokopelli in the Ace of Wands and Dionysius, Bacchus and Pan in the Three of Cups) or merged together like Freyr, Tyr, Cernunnos and Atlas in the Emperor. Also, while the concentration is on male energies, there are also some female figures on the cards; they are just not the main focus.

The structure of the deck is traditional, with 22 major arcana cards and 56 minors in suits are Cups, Coins, Wands and Swords, though the court cards have been renamed. Instead of Page, Knight, Queen and King, the titles are Awakening, Quester, Nurturer, and Master. Artistically, the scenes have a hand-drawn style, with pen and ink outlines filled with colours. There is a thick white border around the outside of the image, with the title printed at the base. The backs have a plain white background, with a red sun with flares set in the centre.

The 264-page companion book is solid and detailed. After introducing the concept and structure behind the God Tarot in part one, the major and minor arcana cards are explained in detail. The card imagery is described first, then there is a thorough look at the gods and symbols used and their link with the tarot archetype (‘As Above’). I learned a great deal about male gods and figures throughout history from this section; from the life of Socrates (Nurturer of Swords), to the Aizen M’yoo deities of Japanese Buddhism linked with the Two of Cups, and Beowulf of the epic Germanic poem (Six of Wands). ‘So Below’, there are the divinatory meanings (both spiritual and mundane) are given, and finally a few keywords for quick reference.

The final sections of the book help the beginner with using the cards. Part five, ‘Using the Tarot’, has suggestions to get you started with tarot through reading books, practice, discussion, games and journaling. Kim presents various methods on how to read tarot and allows the reader to choose which suits them: psychic reading, reading meanings from the book, intuition, and intuition and learning. The rest of part five is on using the God Tarot in ritual and astral path-working, and creating your own spreads with the deck. Part six offers several original spreads inspired by the Divine Masculine with full illustrations and explanations of the spread positions.

The God Tarot is one of the first decks to be published by Schiffer Books. Beautifully presented in a long, solid cardboard box, the lid opens to the top with a ribbon tab. Inside, the companion book is set to the left, and the 78 cards are set to the right of the box. Along with the 78 tarot cards, there are two extra cards: one with the copyright information and the other with the Qabbalistic Tree of life diagram. All of the cards have a lovely matte feel, with smooth edges and are of a size big enough to properly see the tarot scene.

The God Tarot is a way for anyone to reconnect with the Divine Masculine, not just for men. It’s also more than a statement deck; there are few goddess decks - or more traditional decks - that could match the God Tarot in scholarship and in dedication to Tarot.