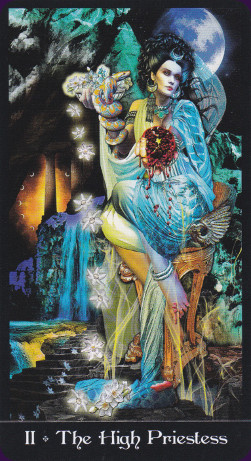 Tarot Apokalypsis is a multicultural deck of 79 cards combining photography, computer art and collage into incredibly vibrant and highly detailed tarot scenes. It's from Erik Dunne and Kim Huggens, creators of the Tarot Illuminati.


Card Images from the Tarot Apokalypsis 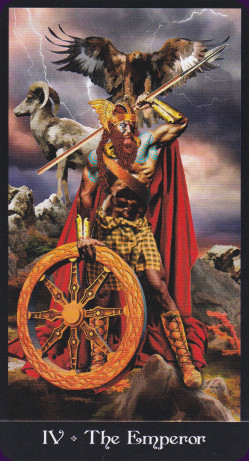 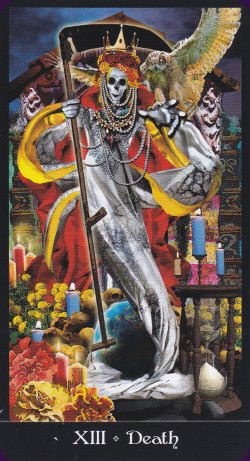 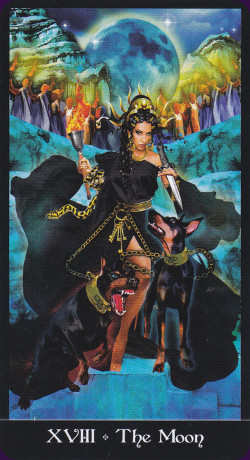 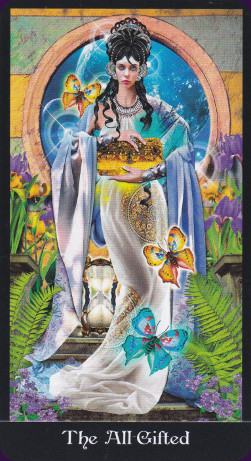 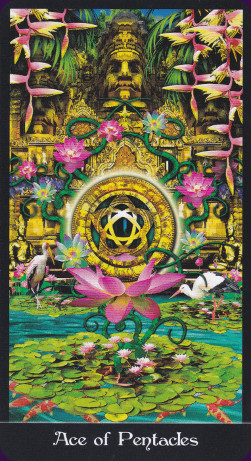 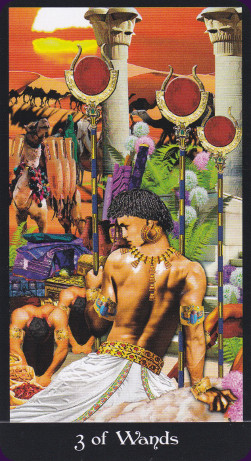 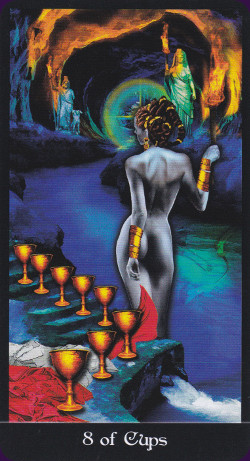 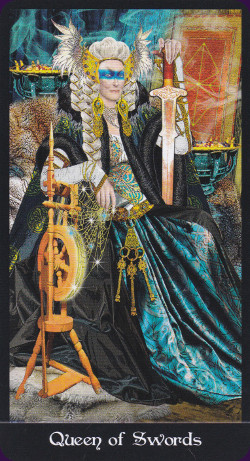 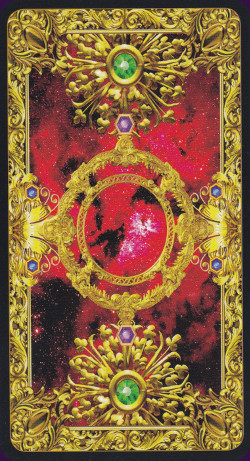 Tarot Apokalypsis is a brilliant jewel box of a deck from Lo Scarabeo. It has a strong focus on myths from around the world, featuring gods and goddesses from many cultures. It also features four of the most significant cultures in the development and passage of human history – Egyptians, Greeks and Romans, Vikings, and the Khmer.

The deck has been developed by tarot veterans Erik C. Dunne And Kim Huggens – who most recently collaborated on the Enlightened Tarot. The focus of this deck is to help the seeker on the path of enlightenment, specifically through self-knowledge.

This is a 79 card, fully illustrated tarot deck – with a 23 card Major Arcana and 56 card Minor Arcana. The Major Arcana focuses on mystical cults, and features an extra, numberless card called ‘All-Gifted’ which depicts Pandora as the keeper or possessor of all the gifts. None of the Major Arcana cards have been renamed, and follows A. E. Waite’s ordering.

The Minor Arcana are divided into four suits – Wands, Swords, Chalices, and Pentacles. The ancient Egyptian civilisation is depicted in the suit of Wands, the Greeks and Romans are connected to Chalices, Swords are aligned with Scandinavian Vikings, and the Khmer represent Pentacles. The Court cards are King, Queen, Prince, and Princess and feature gods and goddesses from the cultures featured in the suits.

The cards measure 65 x 120 mm, it makes them a fairly standard sized tarot deck. They sit nicely in the hands and have a good weight to them. Being a Lo Scarabeo deck virtually ensures that the card stock is excellent. It is flexible without being fragile, and has a smooth, low sheen finish which makes the cards easy to shuffle – with no clumping or sticking. The print quality is superb, these cards feature fine details and line work which are all clearly depicted. The wildly vibrant colours retain their integrity without blurring or colour bleeds.

The artwork is a combination of computer-based art, original art, and intensely layered collaging. At first glance the images veer wildly between mystical and and flamboyant, however the images are rich, vivid and detailed which result in a powerful deck which is also pretty fabulous. In amongst the details are moments of sly humour and clever symbolism.

The images are based on Pamela Coleman's Smiths classic illustrations, albeit sometimes rather loosely. Anyone with a passing knowledge of tarot will recognise many of the esoteric symbols employed in the images, and be equally intrigued by others. Either way the illustrations in the Tarot Apokalysis are not gratuitous, but rather carefully considered.

The colours are brilliant, almost psychedelic and make no attempt at realism, but instead reside purely in the world of the magical and fantastic. Each suit has something of a theme colour – Wands being sited in Egypt tend towards oranges and fiery reds, Swords feature a Scandinavian setting which is predominantly the colours of winter –deep blues and greys, Pentacles are set in the tropical jungle culture of the Khmer and as such are predominantly lush greens, and Chalices feature the Mediterranean cultures of the Greeks and Romans and are typified by light blues, golds and reds.

Each image has a thin black border on three sides and a broad black strip at the bottom which features both the card’s number and title in white. The print on the back features a red sky (which is asymmetrical) framed in exotic gold leaf work. Ostensibly it is a reversible design, but tiny details give away the fact that it is not.

The cards come packaged in a glossy, close-fitting cardboard box. It is fine for storage, but it will ultimately not withstand the rigours of heavy handling. The box features the exotic frames featured on the back of the cards as well as images from the deck itself.

The Little White book (LWB) is 64 pages long and features instructions in five languages – English, Italian, Spanish, French, and German. The instructions are provided by Lo Scarabeo. There is a short introduction which gives a truncated history of tarot, and the very briefest of outlines of the concepts which inform the Tarot Apokalypsis. There is a single layout included – a simple three card spread. The Major Arcana have a brief description of the card’s image, as well as a short divinatory meaning. The Minor Arcana only have a divinatory meaning – these are fairly standard, with no significant departures or progressive interpretations. There are no reversed meanings given for either Major or Minor Arcana.

While this tarot is not an ideal beginner's deck, it could still be used by a novice without too much difficulty. An experienced tarot reader will find this deck wonderfully easy to use.

If you are attracted to Rider Waite Smith based decks then this tarot is worth considering; and if you have a passion for vibrantly coloured and/or finely detailed and sumptuously illustrated tarot decks then Tarot Apokalypsis is a must have. If you like your decks to have a strong mythological focus, or embrace the idea of mystical cults then this deck is definitely for you.