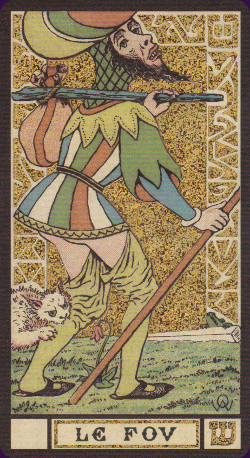 The Golden Wirth Tarot is majors-only edition of Oswald Wirth's 19th century tarot cards. The images on the 22 large-size cards have been enhanced by glittery gold foil. 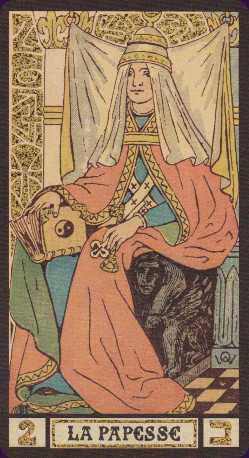 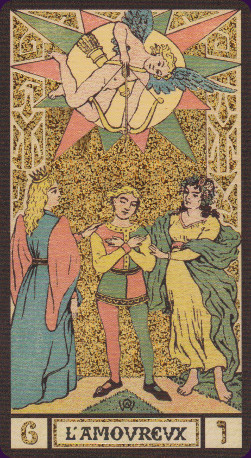 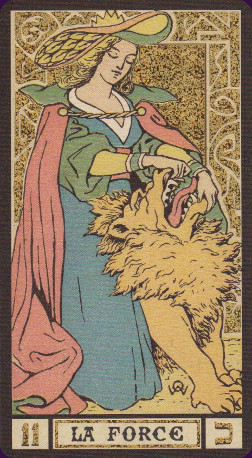 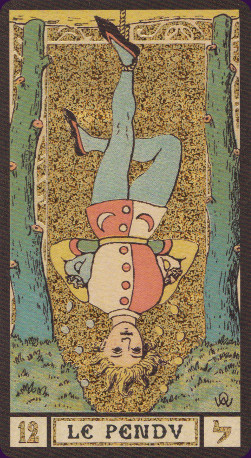 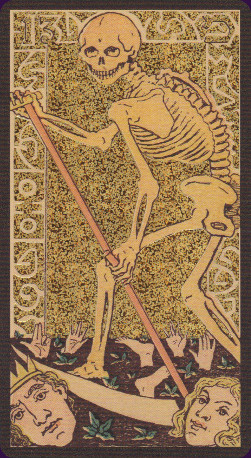 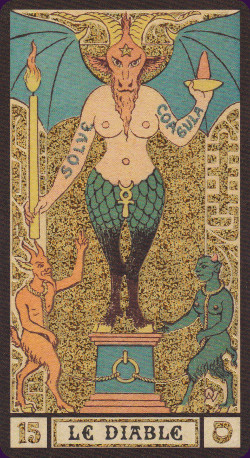 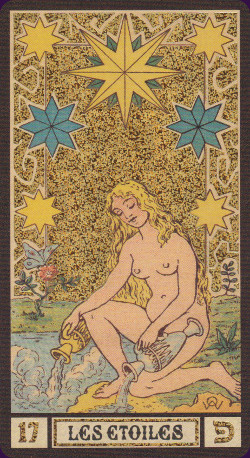 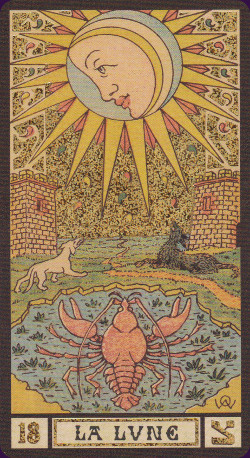 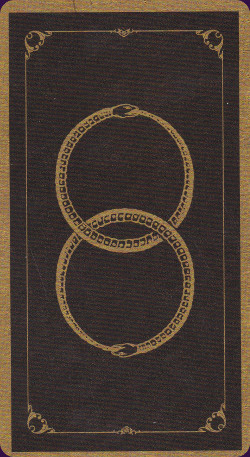 Oswald Wirth (1860-1943) was a Swiss occultist as well as artist and author. He was a student of Stanislas de Guaita - a noted French expert on mysticism and esotericism. Under the guidance of de Guaita, Wirth created the Wirth or Wirth-Guaita Tarot and published it in 1889. It is a Major Arcana only, consisting of 22 cards, heavily based on the Tarot de Marseilles. Harnessing his interest in Freemasonry and astrology, Wirth added new symbolism and depth to the Marseilles tarot and in the process moved it firmly into the realms of esoteric and occult knowledge (rather than being a fortune-telling novelty). Another way that Wirth revolutionised the tarot was to emphasise the mystical symbolism of numbers - the number of objects, such as flowers, coins etc. appearing in any given image - is of intense numerological significance. It was, in effect, the very first ‘esoteric tarot’ to be published.

Lo Scarabeo’s Golden Wirth Tarot is a beautiful reproduction of Wirth’s original deck. The white background space has been replaced with sparkling holographic gold foil, to dazzling effect. As noted before, this is a 22 card deck featuring Wirth’s Major Arcana. All titles are given in the original French – Le Fou, Le Bateleur, La Papesse, L’Imperatrice and so forth, and effectively bear the same titles and ordering as those in any traditional tarot deck.

The cards measure 80 x 145 mm, which makes this deck a little larger than most standard tarot decks.The cards are significantly longer and a little broader than many modern tarots, however this does not make them impossible to handle. The card stock is quite fine, light, thin, and flexible. The texture is smooth and the finish quite glossy, although the images feel a little raised, having been laid over the top of the golden foil. This in no way negates the way they move when shuffled – they are very easy to handle and move nicely.

The print quality is outstanding – the delicacy of the line engravings and the muted and subtle colouring (originally done by hand) has been preserved. Indeed the colours gain a new radiance as they are highlighted by the hologram foil.

The artwork has a certain mediaeval quality to it. The perspective is quite flat and the details are somewhat limited however this does not detract from the deck’s attractiveness. Indeed some users may find the relatively sparse detail to be something of a relief in contrast to the detail-heavy decks like the Rider Waite Smith classic.

Given that these cards were originally hand coloured the palette is somewhat limited – flesh colours are true, and other prevalent tones include mid blue, pale red, mustard yellow, and moss green.

The images have a narrow brown border. A frame at the bottom of each image contains the title of the card, the number of the card (save Death whose number - unlucky 13, is contained in the top left corner of the card), and a Hebrew alphabet correlation.

The image on the back of the cards – two interlocked Ourobouros form a cosmic lemniscate inside a delicate art nouveau frame – is a reversible design. The cards come packaged in a solid cardboard box with liftoff lid. The box is printed with images from the deck and more dazzling hologram-effect golden foil, as well as publishing details. This is quite a solid box, and relatively slim - it will travel well as it is both unobtrusive and sturdy.

The deck is accompanied by a 35 page guidebook. It features instructions in English, Italian, Spanish, French, German, and Russian. There is a one paragraph biography of Oswald Wirth. This is followed by divinatory meanings for the cards. Given that this is a historical deck these interpretations are quite standard, and hold to some of the earlier, almost old-fashioned divinatory meanings. There are no layouts included in this small guidebook.

This is a beautiful reproduction of a historical deck and as such will appeal to collectors looking for a modern spin on an old tarot. People who are looking for a traditional Major Arcana as a learning device may find this deck quite attractive. Those who are fans of the Tarot of Marseille will find this an almost irresistible deck. The Golden Wirth Tarot has broad appeal, and is an attractive addition to any collection.