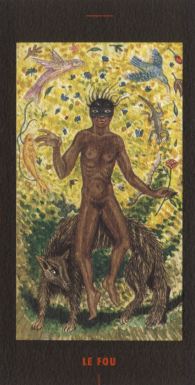 The Aleph Tarot was published in 1994, printed for the Musée Lilim in France, an association for collaborative arts that is dedicated to the 'myth of Lilith and her children'. The 22 watercolour paintings are detailed yet soft, and reminiscent of Thoth imagery. Now also the latest of Adam McLean's Art Tarot publications, some twelve years after the original printing.


Card Images from the Aleph Tarot 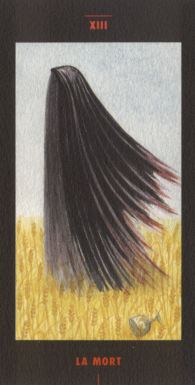 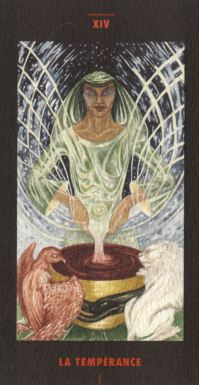 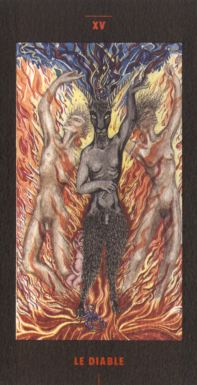 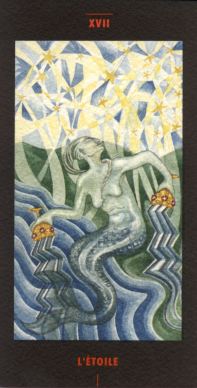 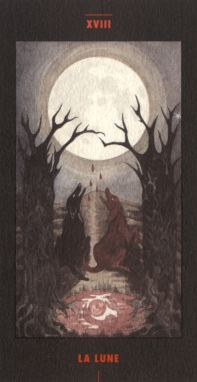 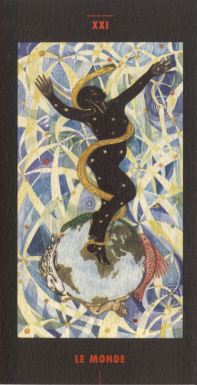 The Aleph Tarot deck is currently classified as out of print, but there are some vague rumors running around about a second printing aimed at 2009 depending on the publishing house that may be interested. The author and artist have both expressed a wish that it remain a “collector’s deck,” so that may be only a rumor. Tarot Garden lists the deck as available for purchase, but you have to email them for sales information and availability. The price of the deck will vary greatly depending on who is selling them and how much interest there is in that particular sale. The deck is written in French, but the meanings are unmistakable for those unfamiliar with the French language.

The Aleph Tarot is a Majors only deck of 22 cards and is also known as the Cathar Tarot (listed this way in Kaplan’s Encyclopedia of Tarot, volume IV, pages 25-26.) The original printing of the deck was done for the Musée Lilim in Carcassonne, France; a group dedicated to creating a large collection of collaborative art projects. Rosetta Woolf is one of their founding members, and it is her watercolor paintings that are the foundation of the deck’s images. The cards are 6.25 by 3.25 inches (160 by 83mm); a little longer than a standard sized deck but the width is still the same. The cards are actually harder to work with in the usual way that most people shuffle the deck, but easily adaptable if you shuffle sideways rather than lengthwise. It takes some getting used to, but it seems to allow for better manipulation of the deck while shuffling.

The artwork of the deck is abstract, the watercolor images based on the spiritual and cultural history of the Mediterranean and dedicated to the myth of Lilith and her children, known as the Lilim. The images are completely symbolic, done in very soft colors with a subtlety that allows easily for intuitive reading. Thanks to the interest in Woolf’s artwork alone, the deck has now been included among the Art Tarot decks and interest is climbing for this particular deck. Each of the cards has a central image surrounded by an almost hazy looking abstract background that draws the eyes straight to the center of the image. While the original meanings of the cards are made perfectly clear, the reader can also draw other interpretations of the card based on the artwork alone.

In looking at the Death card, number XIII (La Mort in this deck), you see a ghostly, wispy phantom floating in the middle of a wheat field with a bright blue sky behind the figure. The peaceful background gives the impression of a happy day even while the figure in the center seems dark and forbidding. The artwork brings out the contradictions in the card, the idea that things may come to an end, but there is a new and better beginning to come right behind it. The Death card is not meant to be feared or taken as a sad ending, and Woolf’s artwork brings that idea out better than many decks I have seen over the years. She also leaves a clue in the images as to the Elemental Dignities of each card. With the Death card, there is an overturned chalice in the corner that clearly tells you its association with water. Another example of this is XVIII La Lune (The Moon). The contradictory nature of the card itself is present in the artwork with a peaceful background and a shimmering moon. The two howling wolves in the foreground bring forth the slight element of danger that the card represents, the madness and lunacy that can result if its effects are taken to extremes. And again, there is a small, shimmering puddle in front of the wolves where the moon is reflected, giving its associations with the water element.

The Aleph Tarot is an excellent addition to any collection whether you’re an avid Tarot collector or just fascinated with the artwork, enjoyable to look at and easy to read for both beginners and more advanced readers. The soft, muted color schemes allow for the imagination and intuition to draw more from the cards than the average meanings and will make for more interesting readings overall and allow for the beginning students of Tarot to get more in tune with the cards very quickly. An excellent deck for any Tarot lover, no matter what their skill level.