The thoroughly modern artwork on the Experimental Tarot cards is partly computer generated and part clip art, but effective. A deck more for meditation than readings.


Card Images from the Experimental Tarot 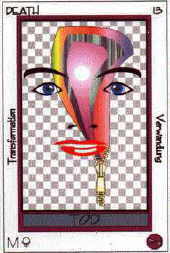 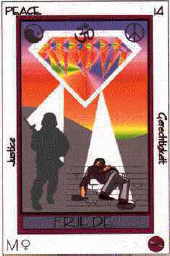 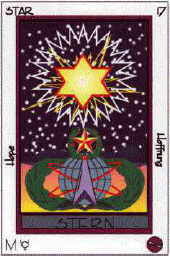 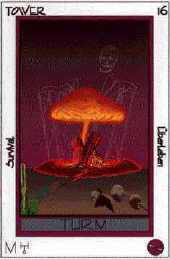 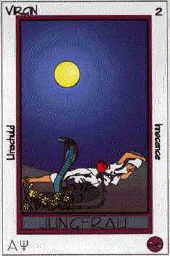 When I first purchased my Experimental Tarot deck, several years ago, I was baffled! The visual symbols (and card labels) are so different from traditional decks that I really had a hard time figuring out if they corresponded at all to the images I was accustomed to interpreting. It is hard to describe the style of this deck. The images are very modern, somewhat cartoonish, yet very powerful, with pointed messages to offer. If you enjoy a challenging and deep deck, and are willing to invest some time, I highly recommend it.

Unlike most of the decks I've worked with, the Experimental Tarot uses symbols that are direct and practical and anchored in modern life. Paradoxically, this makes reading more difficult for those of used to thinking about egyptian or magical correspondences and archaeic references! For me, the key to getting a feel for the cards was the astrological notation on the bottom left of each card. Understanding the basic meanings of the planets will help immensely. Kossatz does throw a couple curves in his use of the M (Midheaven) , A (Ascendent), and an upside down U that stands for Node. But a good astrological reference book will explain all of these. (FYI: there is also a misprint on 9 of Earth - Forest... the planetary associations should read Venus/Mercury instead of Venus/Pluto).

I have found that I use the Experimental Tarot most often for "everyday" readings... those dealing with work or social situations... even family situations. I reserve my other decks for questions about spiritual matters. I have no idea if that's a function of the cards, or just my take on things.