The Heart of Faerie Oracle is a 68-card deck of the fae from Brian and Wendy Froud. Brian is the creator of the Faerie Oracle and the famous Pressed Fairy Book, and Wendy created dolls in The Dark Crystal.

Card Images from the Heart of Faerie Oracle 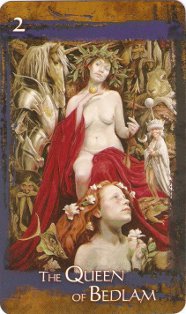 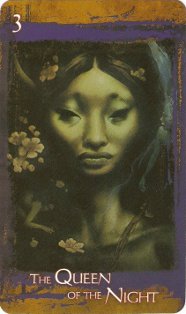 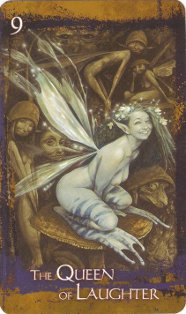 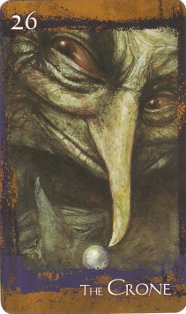 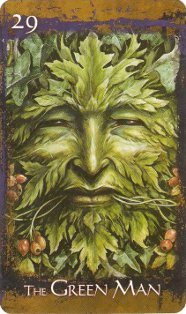 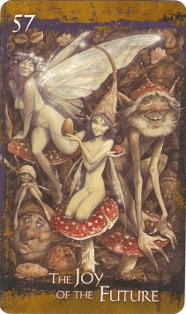 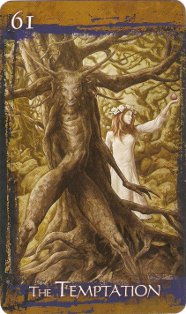 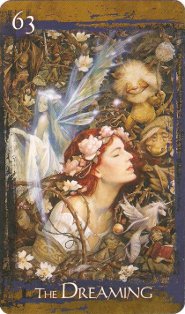 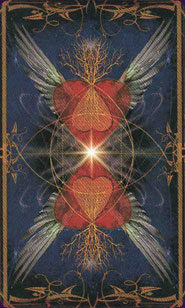 ‘Do You Believe in Faeries? The great dividing phrase. By giving an answer, you reveal to the world your sanity or madness’. (quote from Brian Froud’s new book, ‘World of Faerie’).

Does Brian Froud believe in faeries? Yes, without a doubt. Within the first few pages of his book, Brian tells us that he has been trying to paint them all his life. He asks himself ‘Do I succeed?’ and answers ‘Rarely. Faeries are elusive. I can only paint fragments, the shards and facets of Faerie. But I can speak to you of my struggle – my long quest to express spirit’.

Brian’s work is nothing short of heroic, in the truest sense of the word. Anyone who has ‘jumped down the rabbit hole’ and seen for themselves the world that Brian brings to canvas cannot fail to be awed by Brian’s ability to, as he says, ‘express spirit’. Personally, every time I look at his work I am rendered speechless by what he is able to manifest from the spirit world. If you let your guard down and let these paintings and their emotional content wash over your senses, you may laugh, cry, feel elation or possibly terror. I doubt if anyone who sees these images could fail to be moved by them.

It has to be said: if you’re looking for Walt Disney’s chocolate box vision of faeries, you won’t find it here. Sure, some of the beings that Brian paints are pretty – some of them painfully so. But here is an artist who is not afraid to paint faeries of all ages – (in the way that we as humans perceive age). Some are breathtakingly beautiful. Some are traditionally ‘ugly’. But they all share something in common - they are all intensely fragile.

In Brian’s previously published Faerie Oracle there were 14 ‘light-beings’ – vibrating patterns of light, painted in green, blue and purple, the colours at the higher end of the spectrum. The ‘Heart of Faerie’ oracle doesn’t include faeries in this way.

Brian believes faeries reveal themselves either as vibrating patterns of light, or in human forms – with features that we can relate to. Perhaps the way in which they appear depends on our ability to ‘tune into’ them, or perhaps it has something to do with their feelings toward us, in the moments that we (if we’re lucky) see them.

There is an interview with Brian on youtube in which he responds to the question ‘How do you see faeries?’ with ‘You don’t see them through your eyes. You see them through your heart’. Easier said than done! Clearly, Brian knows how to do it. To quote Brian’s ‘World of Faerie’ book: ‘Tread softly, because you tread on my dreams’.

As anyone who has had either the bravery, foolishness or good fortune to ‘jump down the rabbit hole’ knows, this is a world which is truly ‘female’ – in nearly all aspects. The majority of the faeries in this oracle are female – probably 90% of them. Of course, the consort / son / lover of the Great Mother is here too, in various forms (the Green Man, the Speaker of Truth, the Lord of the Forest, the Temptation, the Pan, the Prince of Light). On the subject of Princes – there are two Princes and one Lord within the deck. There are nine Queens and seven Ladies. Sure, that’s uneven – but that’s the way it works here.

And maybe it’s about time. Think about the hundreds of tarots that have followed the Marseilles or RWS tradition, and have 12 male court cards and only 4 female. Seems the Goddess is truly in the ascendant here.

Words cannot do justice to these paintings. They are too fantastic. What makes the experience of looking at them particularly wonderful is the apparent reality of the startling world depicted here. Brian has brilliantly painted snapshots of moments that cannot be repeated. The expressions on the faeries’ faces are variously hilarious, intimidating, alluring, solemn, silly, offensive, mischievous, peaceful, sweet, majestic, troubled, curious, lecherous, powerful – and that’s where it begins. Many of their faces bear expressions that simply don’t have words invented for them yet, despite the best efforts of the English vocabulary. (I challenge anyone to find a word that best describes the expression on the face of ‘the Crone’). These paintings are truly alive.

The originals are quite large, so in nearly all of the cards there is a huge amount of detail. Fortunately, the cards have been printed at hi-resolution, so the fine details can be enjoyed. The book which accompanies the cards is fascinating, and an essential companion to the images (written by Brian’s wife Wendy, who was named after Peter Pan’s companion).

Rather like the two sets of ‘Soul Cards’, by Deborah Koff-Chapin, Brian’s other deck, ‘The Faeries’ Oracle’ (published ten years ago) is in many ways the other half of this one. Both can be used independently, if divination is the intention. However, to see the bigger picture it is surely advantageous to obtain both sets.

In the UK, the retail price is Ł15.99 – which considering you not only get 68 high-quality cards but a hard-cover book too, is truly generous. Perhaps Brian truly wants to get the faeries ‘out there’ :o)