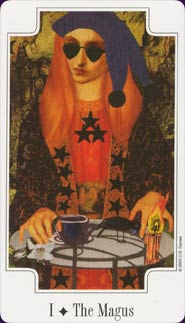 The Transformational Tarot is a universal mythology for our time, showcasing colourful modern collage artwork with a medieval/renaissance feel. Previously self-published, this deck has been now been updated and reprinted by US Games.


Card Images from the Transformational Tarot 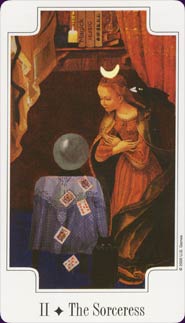 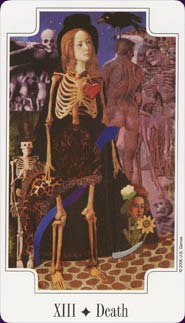 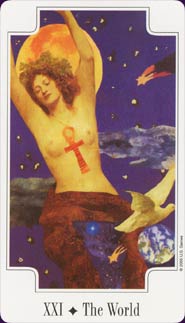 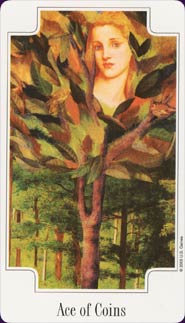 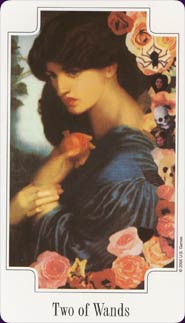 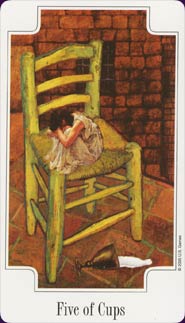 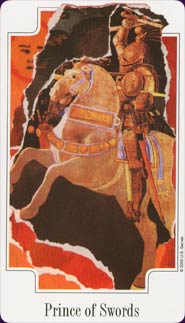 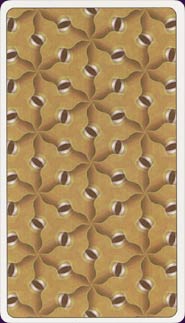 Transformational Tarot, created and self-published by Art Therapist Arnell Ando, has all the virtues (major) and failings (minor) of a very personal effort by a sincere and gifted Tarotista. A collage deck which draws heavily on Pre-Raphaelite art but also includes images ranging from hand-drawn cartoons to Japanese prints to family photos, Transformational Tarot is at first glance simply captivating. In fact, I bought the deck and book set as soon as I saw it on Ando's website. (Transformational Tarot has since sold out, but I understand it will be re-published soon by U. S. Games Systems).

It arrived signed and stamped with the same design of purple lizards and spiderwebs which appears on the card backs. The cards are small, about the size of playing cards, and are easy to handle. They are not quite as sturdy as playing cards, however, and have a "thin" feel to them. The Major Arcana cards have Roman numerals, names, and associated astrological symbols; the four suits are the traditional Wands, Cups, Swords, and Coins. The quality and color of the printing is less than first rate -- a real shame considering the quality of the images them-selves.

Both Major and Minor Arcana images combine a swooning turn-of-the-century richness with a modern sense of the absurd which scribbles shades on the magician and graffiti on the walls. The effect is sometimes whimsical and charming, sometimes unsettling, but always worth a second look. When styles clash, as they often do in this deck, meaning jumps out at you -- and it's not always the traditionally assigned meaning you might expect if you are used to Rider-Waite and its clones.

Temperance, for example, is now called Alchemy; the Tower has turned into the goddess Kali -- Ando has gone one level deeper and created an image of the spiritual implications of the card, with sometimes breathtaking results. However, certain cards that recur for me personally in readings lost their accumulated meaning for me and were colored by the new Ando image (the Ace of Cups comes to mind). Maybe that's where the Transformation comes in -- a fresh image casts a new light on a recurring issue.

In any case, we are not left floundering with no explanation for the less traditional interpretations, images, and concepts. The accompanying softcover book gives Ando's interpretations for both upright and reversed cards next to a black and white reproduction of the card. These interpretations are brief yet evocative -- helpful and insightful into the meaning of the card as well as into Ando's thought process. The only flaw in the book is the large number of typos, grammar mistakes, and misused words.

Most important in my opinion is Ando's recognition that personal associations are the key to a reading. She leaves lots of white space for notes, so that the book can become a workbook if the reader so chooses. This honors the reader's ownexperience and counterbalances the very personal quality of some of Ando's cards.

Is TT effective in readings? I only read for myself -- I have found it to be very effective if I take the time to study the images. Since I am accustomed to traditional decks, I have to rewire my responses to some of these cards, but it is worth the effort. It has inspired me to create decks of my own, incorporating my own history into the cards, and for that inspiration alone it was worth the price of $24.95. Transformational Tarot should probably not be anyone's first Tarot deck, but it should be prominent in any serious modern collection.

The "Transformational Tarot" was originally published in 1995, as an Indie. I am reviewing the version published in 2006 by U.S. Games. It is a 78 card collage deck, following traditional Tarot structure. In the reissuing of this deck, Arnell was able to use Photoshop to sharpen and streamline the imagery in the cards, which was an issue with the original deck. At the request of U.S. Games, some of the cards were revisited, including a new look for the Star; the Five of Wands, Four of Cups and King of Swords were altered; the Eight of Wands, Five and Seven of Swords, and Ten of Coins were totally redone.

Each time I go through this deck I see something new and exciting! The first time through, I noted the use of Native American, or shamanistic symbols, such as the spider and spider webs, and the bear. The next time around I noted the dreamlike/fantasy quality of some of the cards, such as the childlike figure in the Dreamer, the young girl in the Sorceress (I loved the Tarot cards falling from the table!), the spiraling snake with the young girl on a swing in the center of Karma, the skeletons in Death, the skeleton "puppet" in the Tower, the spider web in the night sky of the Star, the small child lost on the large chair in the Five of Cups and the ethereal quality of the "ghost horses" in the King of Cups (this is actually King Neptune, with his horses representing the waves).

There are unquestionably many levels of meaning to each card. Sometimes collage looks like unrelated objects thrown together, and sometimes collage manages to tell its stories in a free-flowing, unique fashion. Come to this deck with the expectation of hearing entrancing stories, and you will not be let down.

The story of the Magus is portrayed on many levels: his jester style hat brings in thought of Trickster Coyote - of lessons learned through laughing at ourselves, and our inability to harness our skills and abilities. His heart shaped glasses say that he works through unconditional love, while the twelve stars on his robes represent the influence of the Zodiac.

I loved the young girl in the Sorceress (the High Priestess), with a crescent moon acting as a halo over her head, surrounded by her familiars (a black cat, a raven, and a snake). Challenge (the Chariot) takes us into a modern setting, with a skateboarder recklessly skating down a staircase (skateboarder drawn by Arnell's son!) Religious pictures in the background are of different geometric forms, with a cross hanging from one of them. In your face to religious authority! Introspection (the Hermit), which is one of my birth cards, shows a figure seated, facing a lit candle. At heart level we see a skull, indicating the need to release something (or someone). In front of the figure is an insert of a bear, indicating dreamtime, and the wisdom gathered there.

Reflection (the Hanged Man) for some reason just does not work for me. At the top of the card we see Christian symbology, while reflected in the pool below we see spiritual opposites. Running through the middle of the card we see the word "reverse", placed upside down. This is one of those cards that, at least for me, need to be worked with before their full power comes out.

The Tower, which can be a bland, if scary, card, comes to life in this deck! We see a female figure, labeled Kali, working the strings of a puppet skeleton. Seeming to come from a vessel on her right are representations of war. Next to the puppet we see a green bird that appears to be the Dove of Peace. Choices - we do have choices!

The story of the Empress and the Emperor was one that I could not connect with. They are supposed to be reflective of one another - the Empress stands behind the tree on its right side, the Emperor stands behind the tree on its left side. The meanings of these two cards just did not come through for me. At first glance, I thought the figures were part of the Tree, which I saw as the Tree of Life. Under this perception, I thought the cards carried great power!

The symbology used in the Minor Arcana is much gentler - such as Persephone holding a persimmon in the Two of Wands; the figure of a women, seated in a garden reading in the Three of Wands; the male and female figures holding hands in the Three of Cups; and the ballerina dancing in the Two of Coins, juggling with her shadow, with the balls turning into yin/yang when they intersect with the shadow.

There are cards that are startling and/or thought provoking, such as the Eight of Wands, which shows a female figure in a pensive position, with an open book in front of her, and a calendar behind her. To her left we see a miniature house, with miniature furniture in front of it. I loved this reminder that yes, miniature "Shoppes" are a part of Arnell's life! The Five of Cups is gut wrenching, showing a small girl sitting on a large chair, a la Lily Tomlin, in a forlorn position. On the floor is a spilled Cup. Have we all not had the experience of feeling "small" in life!

The LWB (Little White Book) that comes with the deck gives a short synopsis of each of the cards, along with upright and reversed meanings, but no scans. I would love to see Arnell do a book to go with this deck! Hint to readers: Visit Arnell's site (www.arnellart.com) to see an on-line version of each card, and its definition..

The one spread that is presented is the Celtic Cross - but with a twist: there is an eleventh card drawn, selected from the bottom of the deck, and used as a gift to the Seeker, a "hidden factor" in their reading. I think many of us draw this card routinely (I call it the "way out"), but I have never seen it used as part of this spread before.

The cards themselves are approximately 2 3/4" by 4 3/4", of quality, sturdy, glossy card stock. The backs have a 1/4" white border, surrounding a repeating pattern in tones of gold and lavender. It would not be possible to tell if a card was drawn upright or reversed. The card faces show the same 1/4" white border, surrounding the card image. At the bottom of the Trumps are the card numbers, in Roman numerals, and the card titles. The Court cards show the title and suit at the bottom of the card, while the Pips (numbered cards), show the number and suit in text across the bottom of the card.

The "Transformational Tarot" was created with the thought of spiritual transformation in mind. It more than fulfills its purpose. While not for the beginning reader, this is a wonderful deck to use for expanding the use of Tarot, for doing personal Tarot work, for experiential reading that will take the reader and the Seeker out of their "safe place", and for meditation and ritual work. For those who collect in the venues of collage and/or art, this is a "must have" deck.