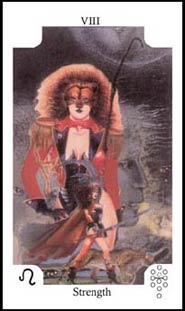 The Hero's Journey Tarot is the 'older, wilder sister' of Arnell Ando's Transformational Tarot, combining contemporary imagery with old world art in its cards. Each Hero's Journey set is individually handmade by Arnell, and has 78 full-size cards, a signed book and wooden box. 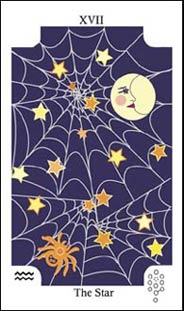 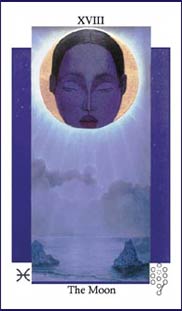 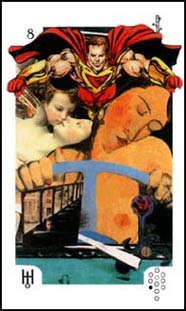 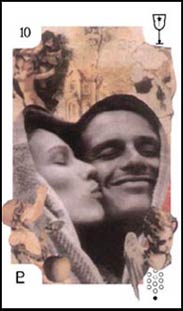 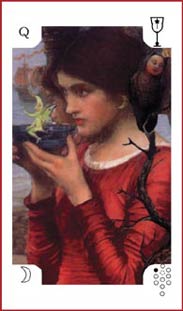 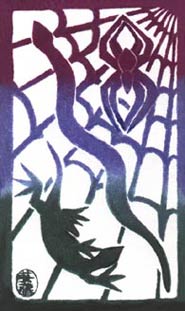 I was surprised to see that there weren’t any reviews here on Aeclectic about this self- published tarot deck. At present this deck is not available but who knows what the future might bring? It might be made available again, very likely however, in a different format or style. As has been described by Arnell on her website, The Hero's Journey, “is the older, wilder sister to Transformational Tarot. I'm not clear why she described this one as wilder, possibly because it's rawer and less refined. Her Transformational Tarot is certainly a more edited and perhaps smoother rendition.

I've had this deck since it was originally published in 2010. I would describe this deck as a craft deck because really the whole kit was completely hand-made. The cards were likely printed off in paper form on it off the computer and each card cut to size and laminated. The cards arrived in a really interesting little wooden box that was collaged with pictures and stamps. Very crafty. I remember being very excited about receiving this little treasure.

This is certainly my favourite aspect of the deck: that personal connection. Unfortunately and sadly however, the many problems with this deck have rendered it impossible for me to utilize as a reading tool. The biggest problem I have with it is that much of the imagery is very dark and difficult to decipher. The images are small, busy and darkly indistinct. You really have to look at them very closely to determine what you’re really seeing. For example, in the King of Pentacles, you can barely make out his face in profile. If you look very closely at the card (like inches from your face) you can make out the word Midas at the lower end of the image and an archway in the background with possibly another figure is sitting off to the right. Most of the pentacles, unfortunately, I would describe as being overly dark and indistinct.

This makes the deck too frustrating to work with as a tool. The other really annoying bit about it is that the images are actually quite interesting and you really do want to know what's on that card! Once you have spent some minutes contemplating a card like the Seven of Pentacles, for example, and you determinedly unlock the reason the author has chosen the image to describe the meaning of the card, you really want to see the rest of the cards and go through the same process but it's such a laborious undertaking.

The images overall however are brilliant and of course I have my favourites. The Seven of Swords, for example, is just marvellous. It depicts a skeleton in a rather shabby police outfit holding a smoking gun in his hand and what looks to be a young man in the bottom left corner dressed like a rebel, a tortured look on his face and looking like he's agitated and in pain. The more you look at this Seven of Swords, the more pain you absorb from the image and that's the thing with Arnell's work: it’s intense, complex, textured, provocative, modern, and arresting. This image I notice was not in any manner reproduced in her Transformational Tarot and perhaps one of those examples that led her describe this deck as its wilder, older sister!

That brings me to the other problem with this deck. There is no book or pamphlet or anything at all to help the reader understand what the artist was thinking about when creating these images to represent the cards. I feel like she left me twisting in the wind and I am truly sorry that she didn’t do this for her own benefit as well. After all, constructing a tarot deck and selling it as such a craft product with all the work that obviously went into its creation and development, I’m surprised Arnell didn’t want to showcase her own process in interpreting the meanings of the tarot into these images. This was no mean feat!

Would I recommend this deck? Honestly, I would. At its best, this deck will teach a taroist how to look at all images as a potential tarot card (which I do all the time anyway). This deck will guide you to see tarot everywhere and perhaps even create a tarot deck of your own. This deck will also train you to ponder every card in a tarot deck with circumspection. It's deliciously provocative and artistic and intelligent. So if it ever becomes available again or if Arnell decides to publish it on a more massive scale, then yes I would recommend you get yourself one. It will frustrate, stimulate and annoy the heck out of you but in the end you’ll love it.