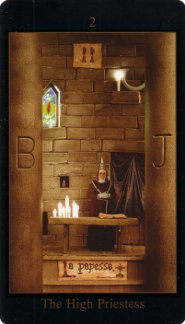 The Vision Tarot is an interesting purely photographic Tarot deck. Each of the 78 cards shows scenes with real people and real objects - a novel change from the usual Tarot drawings or paintings.


Card Images from the Vision Tarot 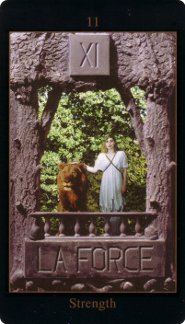 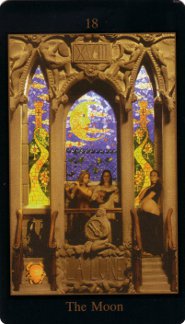 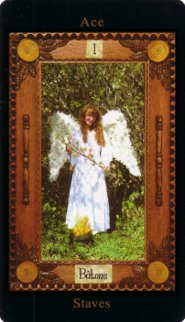 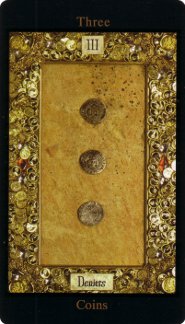 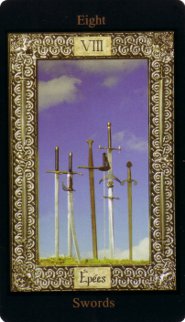 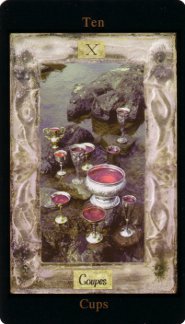 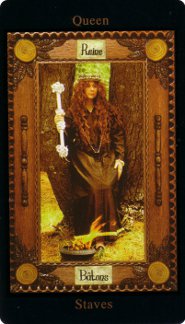 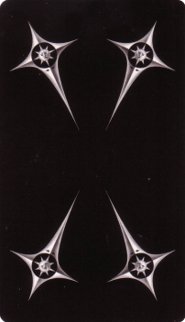 This might be a deck for those raised with delight in the film, stage, and photographic arts. Here is a photomontage deck circa 1990s that reminded me how quickly that we could become jaded to popular designs. Earlier photomontage decks, such as the dark Vertigo or the explosive Voyager might seem to have more staying power because of their more dramatic presentation. In the 1990's, creative photography enhancement added a futuristic feel to the photographic decks.

Oh, and yes, we all nod to the sepia-toned Mountain Dream, which predated all of these---but it had a fun, funky look that stamped it a deck of it's time. That deck seems like pure nostalgia now.

The Sacred Circle showed more lush photography around 1997 and featured Celtic spirituality--- this adds to its appeal when I saw it. By 2002, an airy softness in design and other nearly transparent filters of Tarot de Paris appealed to me for classic design. Just around the corner, probably will come a whole melange of photomontage decks---one of them, the Quest Tarot, has an intense and curiously Thoth-like feel to me. A newer oracle, the Fairy Ring, might have more a more magical feel for its otherworldly slant---a combination of enchanted beings and humanlike creatures.

Vision in contrast, is one of the quieter photomontage decks. I find that its strength is the use of actual actors and props in a Marseilles setting and tarot structure. These are people and things that you can use to form a mental screenplay.

In structure this deck system has a Marseilles-based ordering. The images are set in a quasi-Medieval/Renaissance stage. What also kept me interested in this deck was how well and quietly this stage is set for the viewer. Small gold lettering in English and a thin gold border surround a set staged and titled in a Gothic script. There are deceptively simple borders and subtle pips (Did you see the flowering branch of the batons? Did you notice how the cloud formations changed in background of the Swords?). In addition, the set contains a nice little white book. Michelle Jackson's review speaks of the strength of Vision when it first came out.

The images for the Aces, Trumps and Courts are nicer to me than most Marseilles woodcuts. Do you like human figures posing in heroic attitudes or film frame stills? By 2002, this deck reminds me of nostalgic photographs or film classics. This reminds me of how I feel about certain film remakes---for example, the twentieth-century Three Musketeer films with Faye Dunaway as the nemesis, Milady.

The strength of the Vision Tarot for me is how the deck allows for a quieter thought process. While I've heard people say that in our Western society what seems most attractive at first sight is what you follow, this doesn't always work for me. I have to live and be with things with a quieter staying power. What I know best means working with a more reflective art style that can also merge with other things. The last bit about merging means flexibility, an ability to both blend in and yet keep it's own strength. Vision Tarot doesn't glitter like gold, but it can quietly merge with other deck designs for comparative readings. I can also use it for it's strong Marseilles structure in other ways.

Lately I've been playing with the very bright Visconti Gold 2002. I've been reading the book a little at a time, also checking out spreads laid out in the book Castle of Crossed Destinies by Italo Calvino. I've been wishing that I could find a nice Marseilles deck that works for me for the second portion of the Calvino book. I've also had another new favorite book, by Gareth Knight, The Magical World of the Tarot (Fourfold Mirror of the Universe). The information on the Marseilles structure and the spreads look very interesting. But my favorite historical Marseilles decks, the Di Gumppenbergs of the 1800s, are too decoratively different than the cards in both books.

There's enough information in the little white book (LWB) to also enjoy a reminder of older design history. I take the LWB to the gym and read a little on the exercise bicycle. I keep it clipped it to my Visconti book, to have another take on card history.

Well, now that I've said that, I'll make a full confession. The Visconti Gold and Vision are my companion decks. I have them in their boxes and matching red velveteen drawstring bags in a dark book bag. They actually live in my car with the Visconti and Crossed Destinies books. I pull out the book bag between errands, classes, gym and work trips.

Because many of us in the modern world have an affinity to film, photography or live performance, this deck might work best as a way to catch our eyes and then quietly slow down. During the workweek I'm in constant motion. A display of photographs anywhere will invite me to sit down, come take a look. Only then can I start to engage my quieter aspects.

Over time, I may pair up the Vision with a less expensive version of the Vertigo or other photomontage decks. I think the Marseilles structure and photographic style works well for me. I hope it will become like a comfy sweatshirt or easy pair of good workout shoes. Easy to slip into and carry, perhaps a little beat up around the edges. But overall, a nice companion deck and just different enough to keep my interest in the ideas that it might inspire.