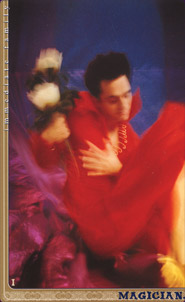 The Abyssal Tarot is a unique art deck with 78 images of sensual underwater photography. The evocative images are aligned with the Rider-Waite tradition, though they differ in appearance.


Card Images from the Abyssal Tarot 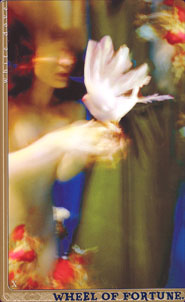 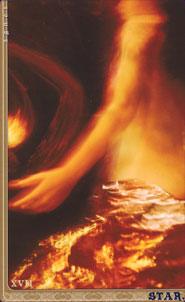 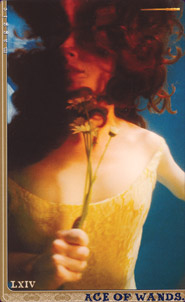 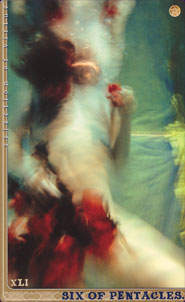 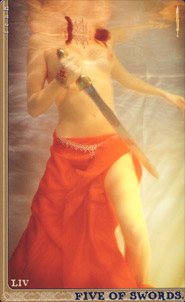 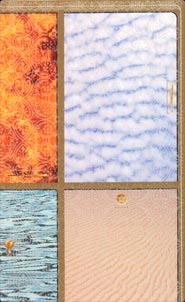 "The abyss of the water’s gentle depths is symbolic of the psychic depths of sensation, emotion, intuition, contemplation, and the unconscious."

The Abyssal Tarot is a unique collection of sensual underwater art photography by Shelly Corbett. The photographs were chosen from twelve years of her work, loosely aligned with the Rider-Waite tradition, and showcased as a deck of seventy-eight Tarot cards.

Shelly’s photography is romantic and otherworldly: the figures float weightlessly, like mermaids, seeming to flow though the card. The use of various shutter speeds to capture the image results in a blurring, that gives a sense of movement and unreality as though the figures were interrupted only briefly in their drift through the scene.

The colors are luminous; incredibly strong reds and blues leap out from the cards, and the images are sensual. Most cards show woman in various stages of undress; the nudity varies from romantic (Wheel of Fortune) to suggestive and arty (The Sun) to female full-frontal (the Moon, the Ace of Cups) to raunchy (Knight of Swords) to the appearance of violence (Devil and Judgement). The nudity isn’t gratuitous; it allows the body language to express as much emotion as the face, which is not always seen.

There is a range of emotion in the Abyssal cards, running the gamut from rage, love, fear, lust, innocence, pain, sadness, curiosity to passivity. The Lovers features an entwined couple, poised as though to kiss, their hair floating around their faces. The Devil is confronting, in its violent images of a woman, a hand around her throat, her eyes closed and her mouth open in what appears to be a soundless scream. My own favourites from the deck are the Wheel of Fortune (a woman, her face half under the water, holds a white bird in her hands; red roses border the cards and the background is green and deep, rich blue), and The Sun, which is a golden, soft-focused card with a central woman and glowing yellow filaments around them.

Published in a limited edition of 1000 copies, the decks are each numbered and individually signed by both creators. There were numerous obstacles in the path of the publication of these cards – the eroticism and suggestion of violence led to five published declining to print the work, but the eventual publisher produced a high quality deck, book and box. The two-piece box is made from very glossy card and shows an image of the Tower card on the front. The cards themselves are large-sized and on quite thin and flexible cardstock. All are in vibrant colour (except for the black-and-white image of the Four of Wands) and printed in a fine process so that the final images appear less ‘dotted’.

The major arcana titles are standard Rider-Waite - as are the suits of Cups, Pentacles, Wands and Swords, and court cards of Page, Knight, Queen, and King. There are gold borders on the left side and base of the cards; the titles are in black font at the bottom right and subtitles printed in unobtrusive small, white text running down the card from the top left. The minor arcana also have very subtle suit symbols in the top right of the card. The backs are not reversible, featuring a split design with representations of the four elements.

The companion booklet, written by Stephen Ahlbom, is glossy and full-colour on all of its 32 pages. It begins with an introduction to the origin of the deck, an original nine-card spread called The Path Through The Abyss, and a short list of keywords for the directions, suits, courts, numbers and aces. The rest of the book contains small colour images of all the cards alongside a description, card subtitle and keywords. For example:

1 – Magician. A wizard nods to the audience after producing a handful of flowers from the sleeve of his bright red robe. His sincere belief in the power of his own illusions is absolutely unshakable. {Immediate Family} Will, Mastery, Determination, Confidence, Enlightenment, Leadership, Ingenuity, Skill.

The imagery of the Abyssal Tarot is wholly unusual: complex, rich and evocative. The use of traditional meanings means that it can be used by intermediate and experienced readers for meditation or divination, but its unique art photography sets it apart as a special deck for the collector.