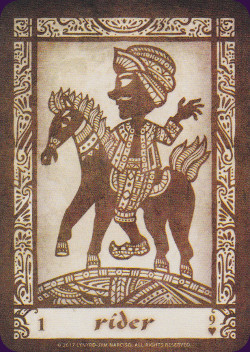 The Anino Lenormand has 51 cards inspired by shadow puppets, folk art, grafitti and ethnic textile patterns. The set includes a 39 card Lenormand deck and the bonus 12 card Anino Zodiac Oracle, which can be used separately or together.


Card Images from the Anino Lenormand 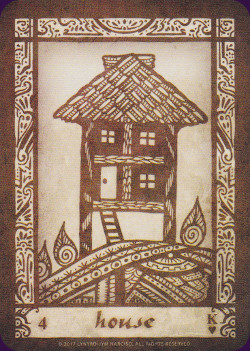 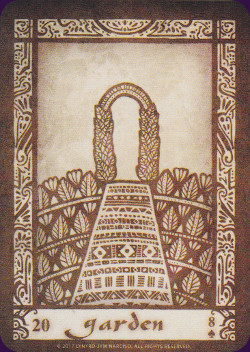 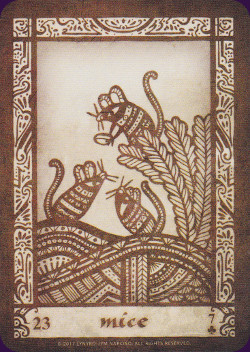 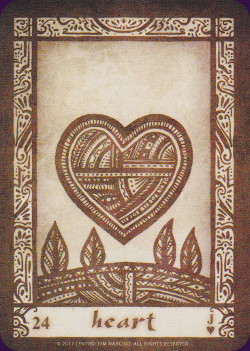 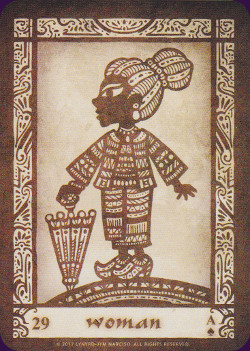 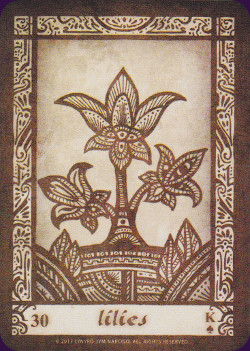 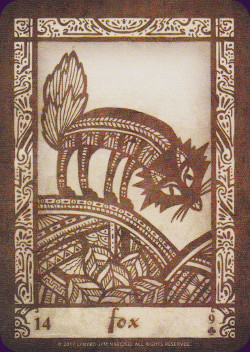 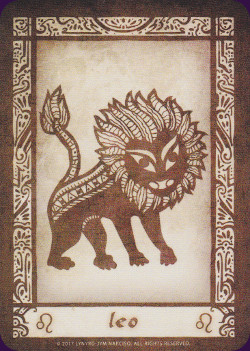 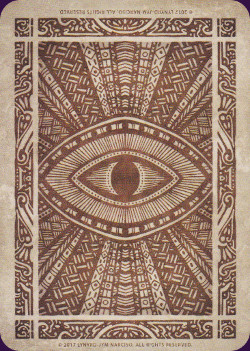 Currently there are a lot of Lenormand decks on the market, their relatively uncomplicated imagery makes it easy for do-it-your-selfers to compile a deck using open-domain imagery from the Internet. Not all decks are created equal, and many of these DIY decks seem somewhat compromised or slapdash.

For decades (probably centuries) interest in tarot has been on the rise, while Lenormand decks have been languishing, viewed as a poor cousin of the richer, more complex tarot. In the last 20 or so years new avenues of divination have been discovered, recovered, and Lenormand and Kipper cards are starting to shine as viable alternatives to tarot and oracle decks.

Lenormand cards are often promoted to the unsuspecting as an uncomplicated oracle with inflexible definitions, the reading of which is relatively easy to master. There is an erroneous belief that the cards have universal meanings which have not changed since the cards first went into print in 1845. While the actual meanings of Lenormand cards are relatively static, more and more possibilities are being added in parallel with our complicated modern lives. Given that Lenormand cards are read in pairs and groups, interpretations of them is often idiosyncratic and heavily dependent on the reader’s skill.

In line with the modernisation of Lenormand card meanings, are the addition of new cards to the deck. The earliest decks had 36 cards, while some modern decks have as many as 42. This allows for interpretations that would never have seen the light of day in their original context - extra Man and Woman cards which can account for same-sex and three-cornered relationships. Other additions include gender specific Child cards, and a Cat card to balance out the Dog card.

Artwork too, has been modernised with varying degrees of success and attractiveness. While some decks pay lip service to the era in which Lenormand cards originated using faux lithography and etchings, others are exploring the far shores of inspiration. Lynyrd-Jym Narciso’s Anino Lenormand takes Filipino Anino puppets as its stimulus. Anino shadowplay is a distant relative of the famous Indo-Javanese wayang kulit shadow puppets. Anino puppet theatre varies considerably from the mythical content of wayang kulit plays, Anino theatre invariably centres on Christian themes. Here however, it is the artwork of the Anino puppets rather than the content of the plays that is of relevance. It is the minutia of everyday life as opposed to grand themes which is explored and depicted in the card illustrations. This deck has a down-to-earth atmosphere, which is immediate and engaging.

This is a 39 card Lenormand deck, and comes with a bonus 12 card Zodiac Oracle which can be used in concert with the Anino deck, or as a separate deck in its own right. In addition to the standard 36 Lenormand cards, there is an extra Man, Woman, and Child card.

The cards measure 57 x 90 mm, which makes them standard bridge sized cards, a little smaller than the average playing card. The card stock is excellent being both light and sturdy, flexible without being flimsy, and featuring a low sheen, linen finish. The linen texture makes this deck extremely easy to handle – they shuffle well without sticking together or clumping.

Shadow puppets require simplified images in order to be instantly recognisable and the Anino Lenormand deck uses this to its advantage. The charming illustrations have unique, culturally specific details which are a clever mixture of traditional and modern elements featuring strong outlines, delicate patterns, and plenty of negative space. Rather than stark black and white, the artwork is rendered in rich coffee colours which add an element of warmth and gives the cards are more approachable feel.

While each standard Lenormand symbol is instantly recognisable, and all of them are deftly rendered, it is the animal cards – Snake, Birds, Fox, Beer, Stalk, Dog, Mice, Fish – which are notably beautiful. Each has large, almond-shaped eyes and naive faces, geometric patterns on their bodies, and a peculiar, dynamic energy. In spite of, or perhaps because of their highly stylised rendering, the living things of this deck seem poised to move. The illustrations feature an ornate frame with the title given in a bamboo-type font flanked by playing card and Lenormand numerical designations. The frame is surrounded by a deep- brown border.

The design on the back of the cards continues the strong geometric theme – an all-seeing eye radiating light which is rendered as a series of line patterns - in the same mocha and beige colours as the face illustrations.

The Zodiac Oracle is rendered in the same art style and colour combinations as the Anino Lenormand and can be seamlessly incorporated into any Lenormand reading.

The Anino Lenormand does not come with an instruction booklet, but does recommend several excellent books on the subject – all of which will assist a novice user to become familiar, if not adept at using the cards. Likewise, the Zodiac Oracle has no instructions, but also references excellent sources of information on astrology.

The cards come packaged in a solid plastic box with a hinged lid. The box is small, slim, and light, and easy to slip into a bag, backpack, or even back pocket with-out the cards being damaged. Hands down, this is one of the best card boxes on the market, offering complete protection for your deck.

If you are looking for a non-traditional Lenormand deck I would start with the Anino Lenormand – it is a visionary departure from the standard Lenormand illustrations. The artwork is consistent and beautiful throughout the deck, and is a triumph of cross-cultural imagination. The images are clear, and unambiguous, so whether you are an adept or a novice user of Lenormand cards this deck is easy to use. Highly recommended.