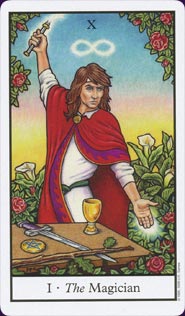 The Connolly Tarot is a set of 78 rather beautiful vibrant and vivid cards. They have kinder, gentler tarot imagery with a Christian influence. The author has also toned down two 'scary' cards in the deck: Death is now Transition and the Devil is Materialism.


Card Images from the Connolly Tarot 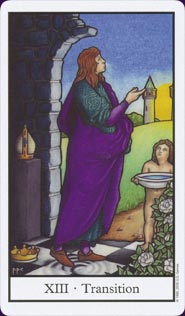 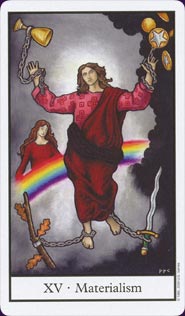 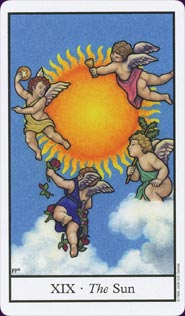 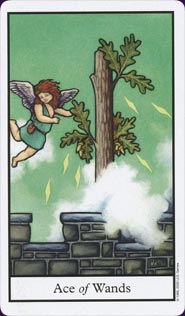 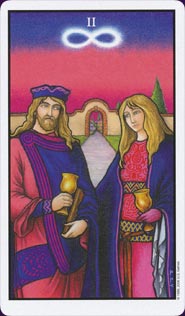 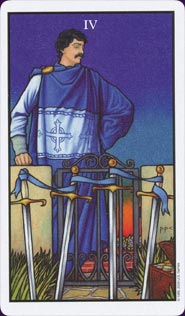 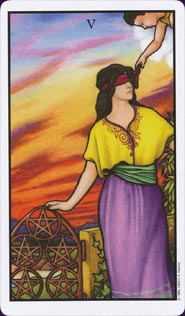 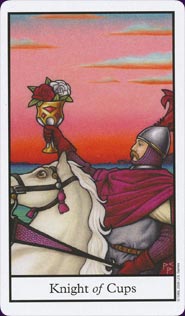 Ah the Connolly tarot... I know a few people who absolutely rave about this deck, and I know quite a few others who absolutely detest it. Me?....I'm somewhere in the middle. Normally I wouldn't bother to write a reveiw for a deck that I feel kind of apathetic and "middle of the road" about, but this deck merits some appreciation from me because I actually use it often in professional readings.

Those of you out there who also do readings for the public, in varied places, might understand where I'm coming from. There have been occasions where I have been booked as a psychic reader in the most unlikely places... taverns, mall openings, church socials, spaghetti dinners, etc. And often in these places,I would come across people who equate "Tarot" with "Occult" and therefore with "evil". These are the times, when I call what I do "Angel Readings", and I pull out a couple of Angel Oracle decks... and the Connolly.

What I like about the Connolly is that there are no "bad" cards. The images and the symbolism are all colorful and light and positive, and for the most part, people don't even realize that I am reading with a Tarot deck at all. Both Death and the Devil have been renamed and transformed. (into Transition and Materialism, respectively.) The Ten of Swords, and for that matter, the whole suit of swords looks a little less intense, and a whole lot easier to swallow.

The deck has been loosely based on the images of the Rider-Waite... and I really have to stress the term "loosely" because of a couple of card images that have been oddly reworked in a confusing, and unfathomable way. Some cards have drawings that actually remind me so strongly of the images from different cards, that they can be distracting.

For instance, on the 8 of swords,in the Connolly, there is a picture of a man looking out of a leaded glass window at the hilts of swords sticking out of the snow... which puts me in mind of the Rider-Waite card of the 5 of Pentacles (stained glass window, people in the snow) certainly more than the R/W 8 of swords (woman bound, blindfolded and surrounded by swords).

I guess I can see where the artist was going with the symbolism, but when I'm used to seeing a certain deck of images, that *most* of the other cards in this deck also relate to, it can be a little jarring. The 5 of Wands is similar, in that it reminds me of the Rider-Waite 6 of swords (a man in a boat full of tall objects heading towards the shore). And then there are a couple where I have *no* idea what symbology the artist had in mind, for the meaning of the card. Like the 4 of swords, which pictures a man looking over a little garden wall and gate at four swords and a chest of money. Eh? I just don't get it.

Now, the way this deck works for me, and my angel readings, is fairly simple. I use it as an enhancement for the other angel decks, and as a symbolic crutch to open up my psychic channels and receive other images.

I suppose if someone were looking for a nice oracle card deck, that wasn't too scary, or needed to sneak a deck into, say, a disapproving household, with people who find Tarot to be too negative, then this is not a bad deck to work with. However, for serious or advanced Tarot study, I can't say that I would recommend it... unless you happen to do a lot of readings for the church ladies monthly AA group, like Me :)

I was looking for mini deck to keep in my handbag other than the Rider Waite, when I came across the mini Connolly which is about half the size of the original. Besides mine being smaller, the imagery and the colours are wonderful.

I loved the pack as soon as I started looking through it. Although the cards are mainly built on the Rider Waite type imagery, I must admit there were a few suprises.

Firstly, for those of you who mistakenly see the Devil card, the Death card and 10 of Swords as bad cards then you are in for a nice suprise as this deck has not a single "bad" card in it. The Devil is now 'Materialism' and Death is 'Transformation' and the 10 of swords shows a woman glowing surrounded by ten swords but no one stabbed or dead.

The deck portrays the meaning of the cards as they should be interpreted rather than having the associations we usually apply to death, devil etc. Much better for anyone a bit nervous of a tarot reading or the tarot cards.

Aside from the positive viewpoint of the cards the colours are beautiful and are great for meditation. In fact, there is an extra card showing a doorway called the doorway to meditation, although I am not exactly sure its purpose in the pack as yet.

For anyone with a lively colourful and positive outlook then I think these cards will speak to you. They are not too far different from the standard packs, that a beginner wouldn't be able to decipher them yet they are easier to interpret generally as the images are easier to relate to. I've only had the pack 2 days and I am in love with it and feel that this will remain one of my favourites.