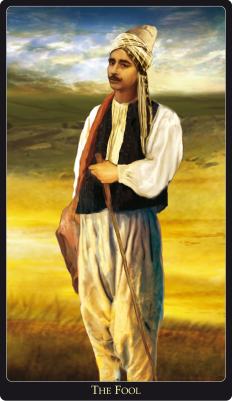 The Lebanese Tarot sprang from the artist's love of her country, and desire to pass on the Lebanese tradition and folklore through her detailed paintings. The deck is majors only and has 22 luminous, realistically painted cards.


Card Images from the Lebanese Tarot 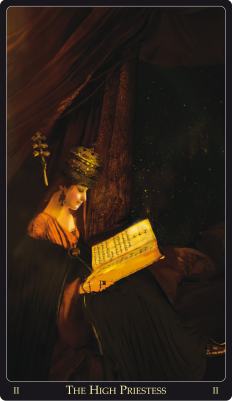 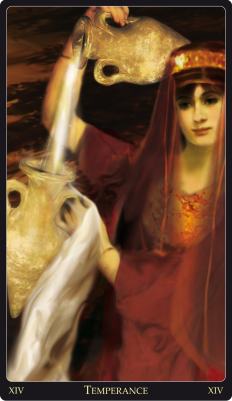 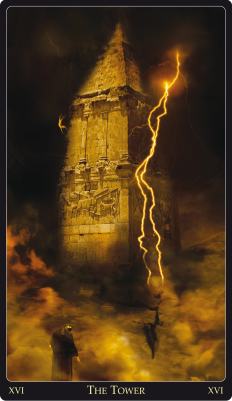 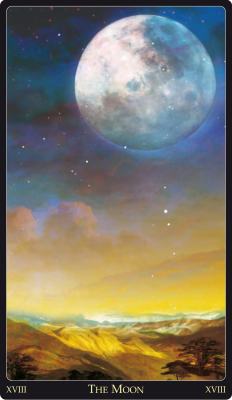 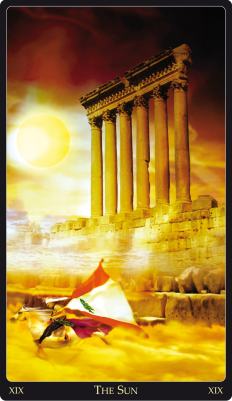 I have handled a lot of Tarot decks, some of them by the largest Tarot publishers around, some of them by some of the most respected small art- house publishers, but so far this is my only Alchemy Web deck. If it is anything to go by, I'll be acquiring more - it is sensational. Not only is the artwork exceptional, but the cardstock, too. I have quite literally felt nothing like it in my life before: It makes stock by other publishers variously described by reviewers and users as "silky", "divine" and "wonderful", feel like sandpaper.

My copy, signed by the artist, is number 45, and I got a hold of it some time ago. Despite this, I believe there are a few decks still available. Despite its rarity and its fabulous production, from memory I think I picked mine up for only about $40 or $50 Australian, including freight and the exchange-rate, which for a deck this calibre is an absolute steal.

The box is a well-produced two-piece slip-over number, with a tasteful, textured old-gold finish to the outside, and a royal purple ribbon affixed to the inside to facilitate removal of the cards without having to bend them or put pressure on them. Over the gold on the front of the box is a reproduction of the artwork (minus title) of the "Moon" card: a smoky, dreamy, desert- yellow landscape with a couple of Lebanese cedars and just the edge of the sea in the distance filling the bottom fifth of the card, a dust- filled, dreaming sky dominated by a huge Moon with astronomically accurate craters filling the rest of the card. As a sometime desert-dweller myself (though not in the Lebanon) I can *smell* the dust, and really feel that desert quietness in this image. This same image also forms the main title card, and the landscape along the bottom of it forms the base of the signed and numbered card.

The art in this deck is truly high-art. The pictures feel like Old Masters, hung in galleries and revered by critics and the commoners alike for centuries. The art is as layered and as complex as any masterpiece, the skill- level as high. The deck has firstly a desert identity, warmed with the dry colours of the desert, of sun and sand, in the golds, yellows and oranges permeating every card. A more specifically Middle-Eastern identity emerges in the clothing, the building styles, the (this cannot be avoided) racial characteristics of the faces, and the general cultural context of the deck. Each card is surrounded by a thin, matt-black border containing an inconspicuous English title at the bottom. They are truly beautiful cards to look at, and exquisite to shuffle.

The Fool shows a young man with an idiosyncratically individual face, setting off on a desert hike with only a walking-stick and minimal protection from the sun, and no supplementary water that I can see. The Chariot rushes towards the observer in a blaze of heated, sunlit desert sand being kicked up by the hooves. The world is cooler and less accessible: a depiction of figures on a woven desert rug, I think. Judgement, again has that blaze of sunlight-through-sand, two statues on a rock, with humans falling away from them - very powerful. Probably my favouite example of cards with that sandy, golden explosion of light happening, would have to be Strength, where the lion's face and mane are hinted-at through the boiling of the hot, sandy clouds - an image of raw Strength indeed.

In this deck the Magician is a very thoughtful, middle-aged man: he has a red and gold turban protecting and enhancing his head and mind, and a well-polished Magickal lamp hanging on a bronze chain around his neck. We k ow immediately its potency, and that it is the only Magickal Tool he needs, unlike inferior Magicians from other decks who are reliant on a wealth of paraphernalia on their tables. The Empress is a little young-looking and not at all maternal-looking - but she is evidently a woman of great power in her inner sanctum, a mysterious, castle- like environment with an open sky and a smoky floor.

By contrast, the Hermit seems to me to be a tragically modern Lebanese image: an elderly man in clerical dress walking away from a destroyed street whic h could have been bombed now, or in the terror of the seventies, or razed by storming soldiers two thousand years ago. The Tower, a Middle-Eastern-looking building, is not assaulted with midnight lightning - the rock on which it stands is, which is a nice twist. A single forlorn human observer stands tiny and helpless in the foreground, in a swirl of that ubiquitous dust, watching the destructive forces of nature.

Images like the Hanged Man, the Hierophant, the High Priestess, the Emperor and the Star, show individual, unique beings doing universal and archetypal things, whilst images like Death and the Wheel or Fortune show Mystery at work in the world by their smokier, more mysterious artwork. And one, the Lovers, seems very successfully to blend the intimately personal with the huge and mysterious.

I believe the publishing-house that brought out this deck will be doing no reprints - there is a rumour out in the Tarot-world that they have withdrawn from the business of producing Tarot decks. If this is true, it is an immense shame, and means that without any possibility of a reprint and only a hundred copies printed, this deck will very quickly become unobtainable and irreplaceable.

It is so superior to any other deck I've ever seen on any number of levels, that I would have to be financially challenged not to buy up every single available copy. I am not a huge fan of 22-card Majors-only decks, but I make an unabashed exception for this one. If you can't do a spread with it, pull cards singly. If you don't want to do that, keep it under glass in archival conditions and look at it frequently for pure pleasure.