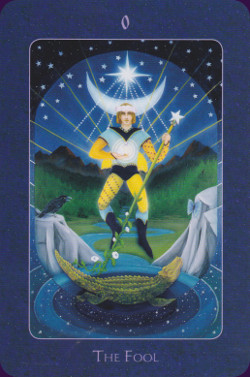 The Star Tarot is a beautifully designed, thoughtfully created 78-card tarot deck. The artist, Cathy McClelland, has drawn on a deep well of occult, tarot, colour and Golden Dawn symbolism.


Card Images from the The Star Tarot 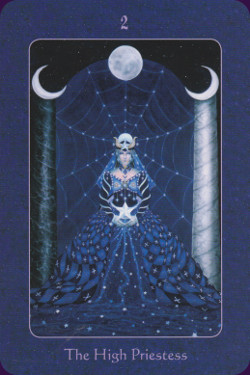 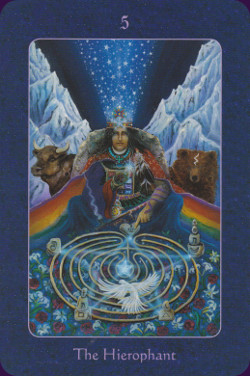 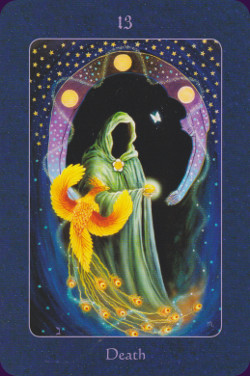 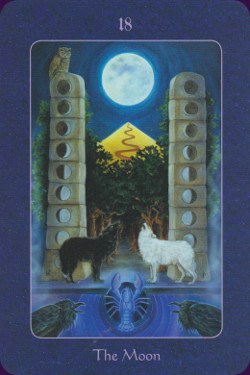 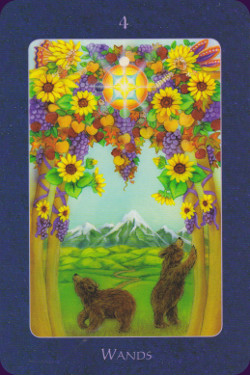 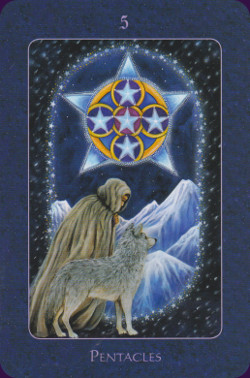 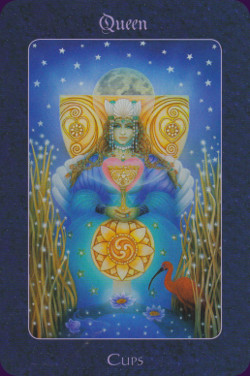 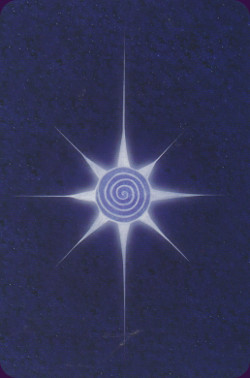 The Star Tarot Review by medusawink

When I first received this deck I made a point of reading through the guidebook, and was struck by several references to the Golden Dawn Tarot made by Mary K Greer in her forward. I have, since then, spent a great deal of time contemplating these Golden Dawn correspondences, as well as both Waite-Smith and Crowley-Harris homages included in The Star Tarot and come to the conclusion that the deck is best taken on its own merits. You see, this is a beautiful deck, deeply nuanced and carefully layered with symbolism and meaning that should be appreciated without undue reference to its illustrious predecessors. This deck is a labour of love, completed over a long period of time, and it shows in the attention to detail and authentic occult and spiritual symbolism.

The use of colours (whose occult significance has been one of the cornerstones of tarot symbolism) is a powerful tool in the hands of the deck’s originator and artist Cathy McClelland. Colours have long been associated with various mental and spiritual states of awareness and they are employed in the Star Tarot to great effect. When compared with the illustrations of earlier decks such as the Golden Dawn Tarot, whose artist Robert Wang employed a somewhat acidic pallette of watercolours, The Star Tarot’s colour schemes are rich and lush. Also present in this deck is the dense tapestry of occult symbols - which have also given the Waite-Smith and Crowley-Harris decks their profound and continuing power. While the deck does employee some abstract esotericism, much of the symbolism is derived from nature such as animals - both real and mythical, plants, weather, and sky phenomena. More difficult to pin down in terms of illustration are the energies and emotions which are successfully conveyed through these illustrations – the movement and play of power both positive and negative is ably depicted.

This is a classic 78 card deck, featuring 22 Major Arcana and 56 Minor Arcana. The Major Arcana has no renamed cards, and is set in the standard Golden Dawn/AE Waite ordering. The Minor Arcana is divided into four suits – Swords, Wands, Pentacles, and Cups. Each suit has 10 number cards, and 4 Court cards – Prince/Princess, Knight, Queen, and King.

The cards measure 90 x 134 mm – which makes them a fairly standard sized tarot deck, perhaps a little broader than some, but well within the average range. The card stock is excellent – it is quite sturdy yet it is also flexible with a smooth and high gloss finish. This finish makes the cards easy to handle and shuffle – they do not stick together, yet at the same time they are not so slippery that they spray out of one's hands. A word to the wise though, highly glossy finishes can sometimes be susceptible to scratches, and if poorly handled can sustain deep grooves in the surface. The cards have rounded corners which will ultimately prevent serious wear and tear as well as chipping and peeling. The print quality is excellent – the colours are bright and vibrant, the images crisp and clear with no blurry edges, misprints, or colour bleeds. The subtleties and details of the images are reproduced with crystal clarity.

Artist Cathy McClelland has thoughtfully illustrated each card with a palette which incorporates both natural and realistic, as well as vivid, transcendental colour schemes. A luminous, spiritual blue infuses many of the cards as both sky and sea, other frequently used colours include golden yellow, emerald green, navy, with highlights in pale yellow, apricots, pink, brilliant orange, and grape. The stars referred to in the name of this deck frequently appear in the upper edges of the illustrations but are also scattered as tiny details throughout many of the images giving them a magical, almost fairytale quality. The Minor Arcana has a strong geometric influence in some illustrations reminiscent of both the Golden Dawn and Crowley-Harris decks, whilst other illustrations seem closer to Native American Medicine Wheel designs. There is a certain new-age quality to some of the images, but They are not wishy-washy and overly romantic. Some of the detail is so fine and beautiful that I almost wish the deck were a little larger in order to appreciate them better.

The cards and guidebook come packaged in a solid cardboard box with a fold-back lid which is held shut with hidden magnetic clasps. A navy-blue satin ribbon loop is situated front and centre to facilitate easy opening of the box, and ribbon hinges prevent the lid from flopping wide. The cards sit in two separate piles, kept in place by cardboard dividers, the guidebook sits on top of them. The box has a glossy finish and features illustration details from the deck as well as information about it printed on front, back and sides. Inside is a large-scale picture of the artist at work on one of her beautiful illustrations. This box is slim enough to slip into a backpack or tote bag without taking up noticeable space, or weighing it down. It is designed to protect the cards and guidebook, however if it is treated roughly or subjected to pressure it will sustain damage and eventually break – it is after all is said and done, still only cardboard.

The 215-page guidebook is written up by The Star Tarot’s creator Cathy McClelland. Aside from Mary K Greer's forward there is a brief preface by the author who details the evolution of the deck, and from here the rest of the book is dedicated to the cards themselves. Each Major Arcana card has a double page of information, including a small black-and-white reproduction of the illustration. At the top of the page is the card number and title followed by a brief description of the cards essential meaning. The full description which follows details the meaning of the card through a thorough examination of the illustration. Incorporated into this is the divinatory meaning of the card, and it should be noted here that only upright interpretations have been included for this deck. The symbolism of each image is carefully detailed and explained under a separate subheading. Given the complexity and density of the symbolism in these images these explanations are a necessity. These days many tarot decks feature symbolism which is personal to the artist but not necessarily significant in broader cultural terms, however The Star Tarot is replete with esoteric symbolism which has evolved through time, magickal knowledge and practice.

At the start of the 'chapter’ (two thirds of the book) on the Minor Arcana a brief introduction explains the purpose of these cards as being “The journey through everyday life experiences”. The cards of the Minor Arcana correspond with both a lunar cycle and have an exact astrological designation. The lunar aspects are discussed at the beginning of the chapter, this is followed by a description of the characteristics of each suit. The Aces are given an astrological, elemental, lunar, and seasonal correspondence as well as keywords which describe their essential meanings. With all the cards, the description really looks at what the card depicts in terms of energies, emotions, thoughts, and actions - the divinatory meaning naturally evolves from this. There is no separate in-depth study of the symbolism of the number cards however they are delineated and explained. No reversed meaning is given for the interpretations of the Minor cards.

The Court cards each have astrological, lunar, seasonal correspondences as well as keywords or phrases which describe their driving force. As well as an in-depth description which incorporates a divinatory meaning, the illustration is also discussed at length and the symbols are detailed and explained. The Courts are given more in-depth examination than the number cards, and personal as well as abstract interpretations are proposed for the Seeker.

There is real and sincere wisdom to be gained through using this deck. Cathy McClelland has done an exemplary job of creating a deck with rare depth and insight, which does not shy away from the harsh realities of life, yet does not lack for compassion and common sense. The artwork is outstanding, incorporating spiritual imagery and occult knowledge in well designed and beautifully executed illustrations. If you are looking for a Golden Dawn-based tarot deck with modern leanings then The Star Tarot is the deck you've been looking for. If you are after a deck with complex and nuanced imagery then this may be the deck for you. If you are after a tarot deck which uses time honoured occult symbolism as well as new-age ideas then The Star Tarot could be the right deck for you. All round an excellent tarot.


Complete Details of The Star Tarot


Similar Decks to The Star Tarot