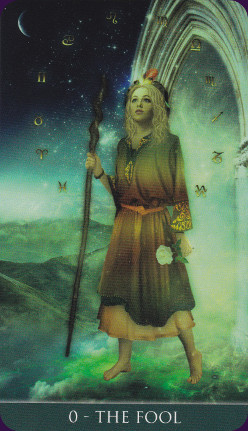 The Thelema Tarot is a re-interpretation of the Rider-Waite Tarot (rather than a Golden Dawn-related deck). It has glossy fantasy-medieval artwork with a dreamy, wistful feel on its 78 cards.


Card Images from the Thelema Tarot 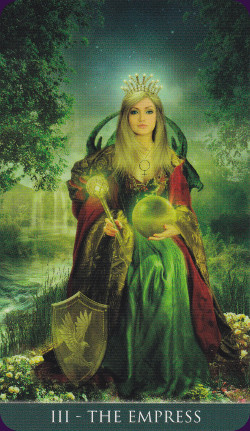 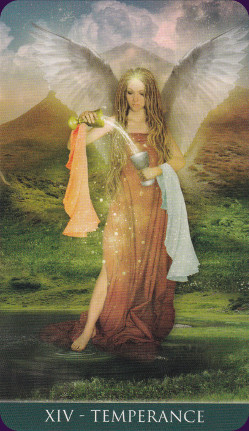 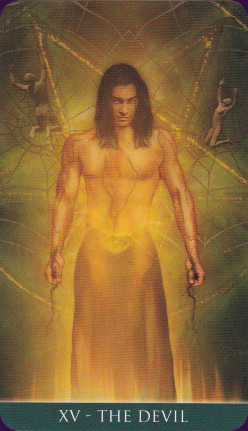 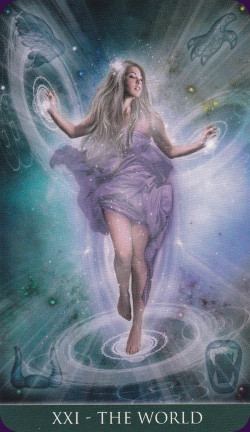 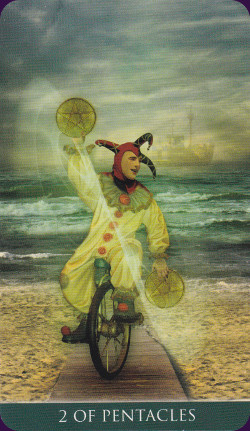 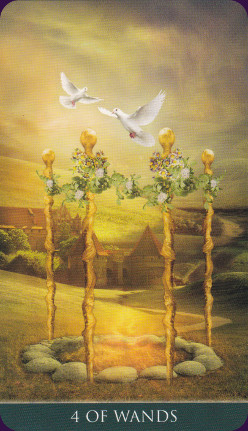 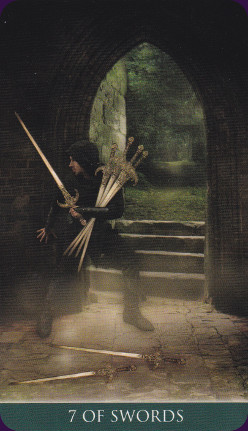 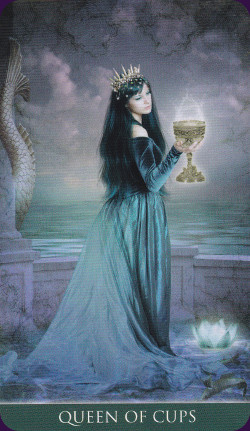 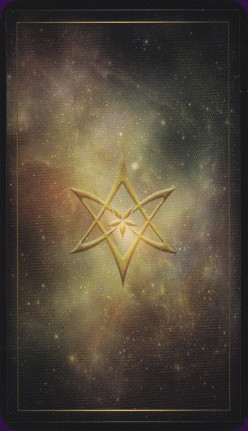 Let's tackle the obvious first – this is not a deck based on the teachings of Aleister Crowley, nor does it have anything to do with the Thelemic religion. The unicursal hexagram on the back of the cards, widely associated with Crowley's Thelema is something of a red herring too.

Thelema, in the case of this deck refers to the Greek word for 'will or intention', and it seems that the will and intention of this deck is to offer a new interpretation of the classic Rider Waite Smith tarot. The mediaeval and Renaissance inspired images alluded to the courtly values and romantic aspirations of these times. A sense of honour and dignity pervades the Thelema Tarot.

This is a 78 card fully illustrated tarot deck, with 22 Major Arcana and 56 Minor Arcana. The titles and ordering of the cards follow the standard established by A E Waite. The suits are Cups, Pentacles, Swords, and Wands, and the Court cards are Page, Knight, Queen, and King. The Major Arcana cards are indicated with both Roman numerals and titles; and the Minor Arcana have Arabic numbers, as well as titles.

The cards measure 70 x 120 mm which makes them a little broader than many standard decks, but they still fit comfortably into the hands. The card stock is of very high quality, thin, flexible, smooth, with a high gloss finish. The cards are easy to shuffle, do not stick together, nor are they too slippery.

The print quality is outstanding, clean and clear, with crisp edges, and much richer colours than the photo scans let on. The images are borderless on three sides, with the card’s number and title given on a dark green strip at the bottom of the image. The suits are colour-coded – with Cups being predominantly blue in background, Pentacles tending towards forest green hues, Wands being dominated by browns and wheaten colours, and Swords having backgrounds of viridian and grey.

Very few of the cards are complete departures from Pamela Colman Smith's iconic illustrations, most preserve at least some of her symbolism and mise en scene. Only The Devil, 9 Cups, 10 Cups, 2 Pentacles, 4 Pentacles, 10 Pentacles, 5 Wands, 6 Wands, and 3 Swords bear no resemblance to any aspect of their RWS counterparts. The picture on the back of the card, a unicursal pentagram on a field of stars is fully reversible.

The cards and guidebook come packaged in a small, solid cardboard box, with a liftoff lid. The box has a glossy finish and is printed with the images from the Thelema Tarot. It is very sturdy and quite compact, so can be easily slipped into a bag or backpack, and withstand the rigours of travel.

The 128 page guidebook has instructions in five languages – English, Italian, Spanish, French, and German. The introduction is short and to the point, as is the small piece entitled What the Cards Mean. Each card has a first person dialogue in which it addresses the seeker directly. Information on the meaning of the card and explanations of some of the key symbols used in the image follows. Finally, divinatory meanings are given for upright cards only. These are standard, commonly accepted meanings with no radical departures in interpretation. One layout is included – The Thelema Spread – based on the 6 pointed hexagram of Thelema. There are no surprises here either – goals, help, emotion, hindrances, a step to take, and outcome. This is a glossy guidebook, with no reproductions of card images, only the written word. All in all it is a rather classy little box-set.

The Thelema Tarot is quite versatile deck – it is close enough to the Rider Waite Smith tarot to be suitable for beginners, and different enough to appeal to advanced readers looking for a change of pace. With its strong traditional roots, and somewhat new age interpretive images it is an attractive deck with solid foundations.