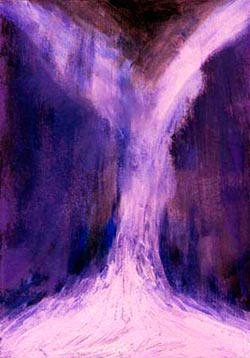 The Devas of Creation is a 72-card oracle deck for working with the Devas, the multi-dimensional energies or 'Shining Ones', as described by Sanskrit mystics. The 72 cards move from The Void, Divinity and the Angelic Realms through to The Planets, The Seasons and Earth environments and are designed for multiple uses - meditation, therapy, or working through negative energies.


Card Images from the Devas of Creation 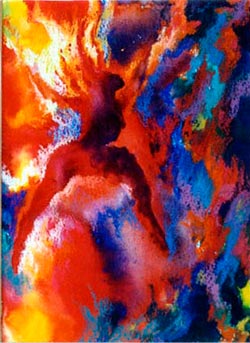 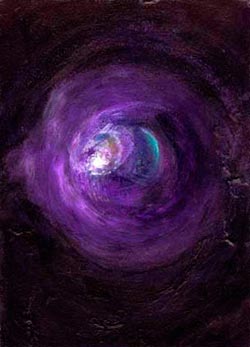 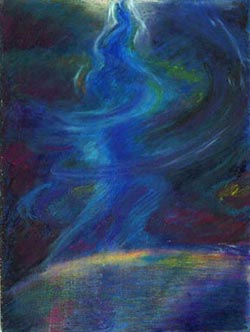 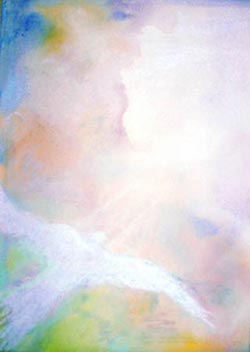 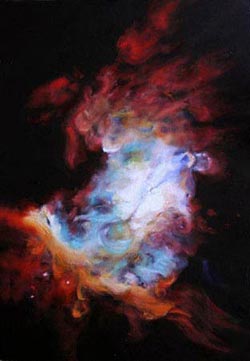 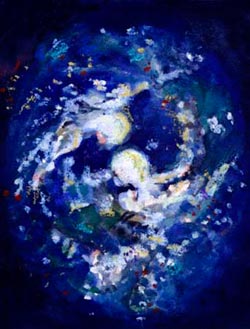 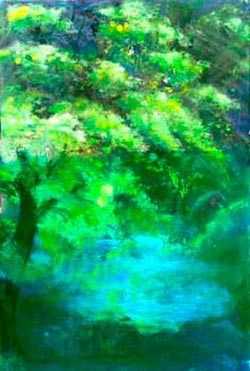 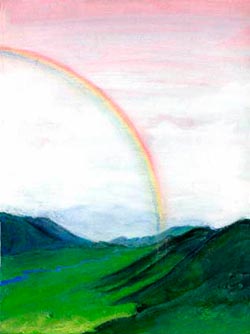 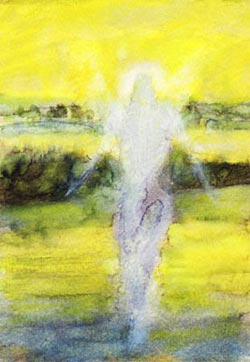 I first encountered the Devas of Creation cards at a workshop with the author and artist, Cilla Conway. She had laid the cards out in a spiral with 'the void' at the centre and at the very first sight I had of them they made the hairs on the back of my neck stand up.

It was obvious to me at the very first sight that they are intended to represent creation; the explosion of pure consciousness and potential into time and space. This is an idea that resonates with me very strongly through my interest in Eastern spirituality and, in particular, Kashmiri Shaivite Hinduism where Shiva represents absolute undifferentiated consciousness (The Void) while his consort Parvati represents the extension of that potential into the manifested universe.

I was therefore delighted that this association, rather than being just my own personal reaction, was shared by the author. Her name for the cards, 'The Devas of Creation' is a reflection of the Sanskrit names given to semi divine beings. The word means 'the shining ones'.

This is not a tarot deck in the conventional sense but a set of 72 oracular cards. These are divided into two sections, one representing the physical universe from the moment of the 'Big Bang' to the creation of nebulae and planets. The mineral, plant, insect, animal and human kingdoms are represented. The cards then move back to the quantum scale of cells and atoms before reverting to the void. The other section is devoted to the 'devas' themselves. These are angelic figures but not in the trite romanticised Victorian sense. These are elemental beings of immense power and presence. They are named as they appeared to the author. Some identify themselves by names (such as Uriel) whereas others remain more mysterious (such as the enigmatic 'Witness'.

The colours are bright and dramatic and the art is nearly, but not quite abstract in many cases. The humanoid figures are there, but only just, dimly perceived. The abstract dimension allows the cards (in my case at least) to speak directly to the emotional and intuitive mind rather than the rational. They suggest ideas, connections and emotions, not always the same.

The book that accompanies the cards suggests associations that the author has encountered in working with the cards, but space is given for the reader to note down their own experiences and encounters and to develop for themselves a dynamic relationship with the beings depicted.

My own way of working with these cards is in meditation and contemplation although they can also be used for personal readings. Research into some of the cards that I felt a particular connection to opened up new connections and levels of meaning that I had not previously considered.

I am not a regular tarot user but the immediate emotional impact the 'Devas of Creation' had on me attracted me to them and for personal meditation and in daily spiritual practise I find them to be very useful... always drawing me deeper in.


Complete Details of Devas of Creation


Similar Decks to Devas of Creation