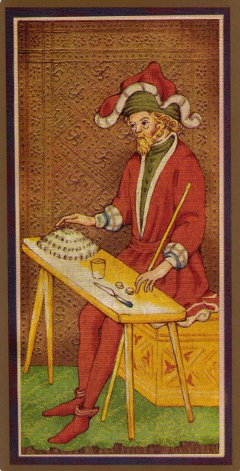 The Golden Tarot: The Visconti-Sforza Deck is a reproduction of the 15th century Italian tarot, the Visconti Sforza. The borders of the 78 cards have been highlighted in a matte gold, and a hardback companion book is included in the set.


Card Images from the Golden Tarot: The Visconti-Sforza Deck 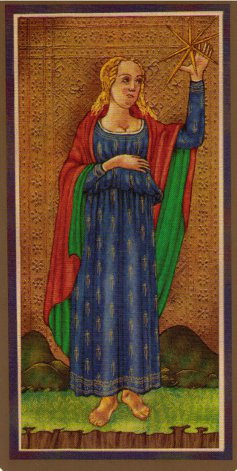 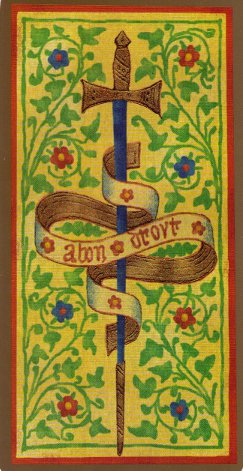 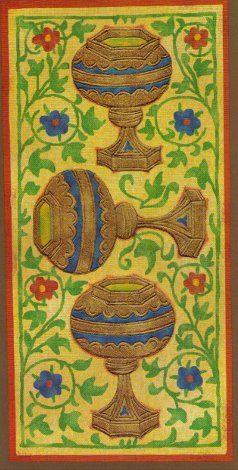 There are a few reasons I was skeptical of the new Golden Tarot from Race Point Publishing. The author, Mary Packard, is not a known tarot expert. The deck is a reproduction of the Visconti-Sforza Tarot; both US Games and Lo Scarabeo have published similar decks. The name, Golden Tarot, has already been taken by the beautiful medieval collage deck by Kat Black. Race Point Publishing is a new company with a very specific mission. They publish the sort of books that just don't work on your Kindle. Children's books, art books, craft books and cookbooks - books you must touch, see and feel are their specialty. Tarot is obviously a good fit for them. I believe the Golden Tarot is their only tarot offering so far.

The look and feel of the Golden Tarot makes me hope they will publish more decks soon. The deck and book set comes in a large display box. Inside the box is the tarot deck in its own box, a lovely hardcover book and a purple layout cloth in a cardboard sleeve. The set retails for $30.00. This is an amazingly low price given the high quality of the set.

The cards themselves are lovely. Most tarotists know that the Visconti-Sforza is one of the oldest and most complete tarot decks in existence. Given its importance in tarot history it makes sense that there should be a variety of Visconti-Sforza Decks available to us.

Even more than the lovely and workable deck, the real jewel in this set is the book by Mary Packard. It turns out having a professional writer research and report the story of the Visconti-Sforza tarot was a brilliant move. Every tarotist has their own opinion of tarot history and interpretation. Mary Packard is able to tell the story in a fresh way that honors current historical understanding. Packard is a clear, smart writer who shows respect for her subject matter.

The hardcover 144-page book is lovely, nicely illustrated and well-made. Tarotists will be pleased to see that it carries a foreword from our own Robert M. Place. There are six chapters in the book that cover everything from the history of the deck to traditional interpretations for each card and tarot spreads with believable sample readings.

Of particular interest to me are discussions of the characters and symbols depicted in the cards. It pleases me to know that the characters on the Lovers card are thought to be Francesco Sforza and Bianca Maria Visconti, for instance. I started my journey into the Golden Tarot wondering why such a deck was needed, and what value it would bring to tarot. After spending some time with the Golden Tarot I see it as a laudable contribution to the world of tarot. Whether your interest is history, art or divination the Golden Tarot will be an appreciated addition to your tarot collection.