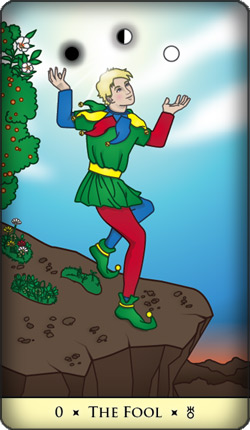 The Parallel Worlds Tarot has 78 vivid and expressive cards illustrated in glowing colours, designed to encourage intuitive reading. The cards are inspired by traditional symbolism but also take some creative and unique departures (such as featuring a clown as The Devil). Self-published and available from the artist. 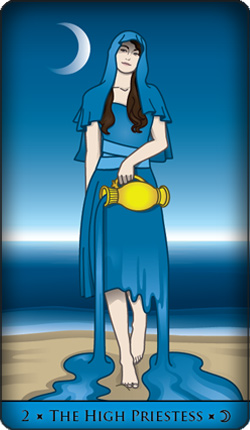 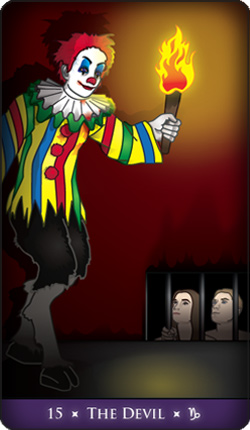 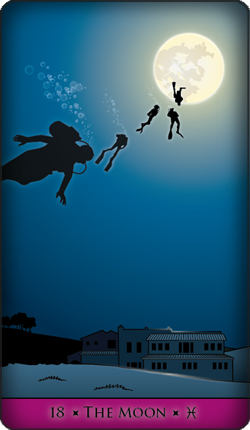 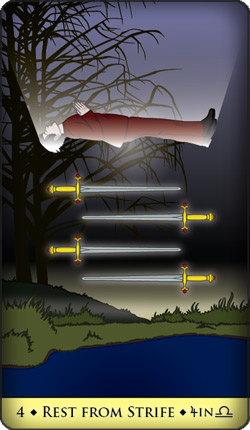 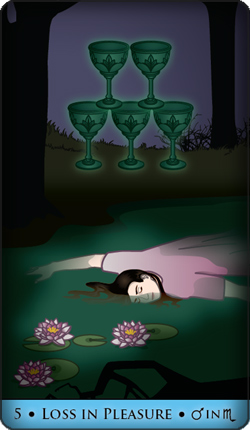 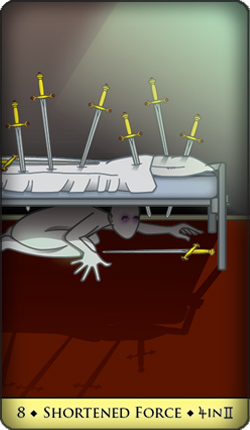 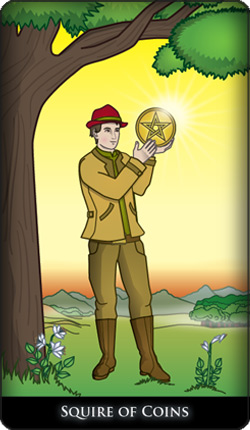 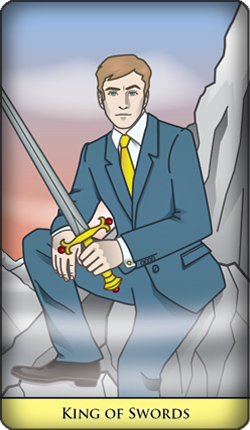 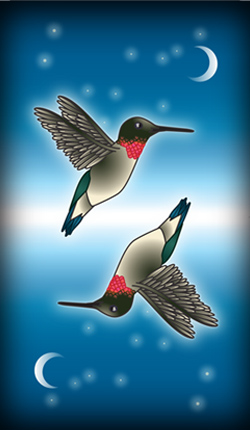 Amadori had me at the name – “Parallel Worlds Tarot”! I am a firm believer in parallel worlds! The 78 card deck, and the 65 page companion book are packaged in a lift off top box. The predominate colors on the box are blue and white, with black lettering. My eye was naturally drawn to the little hummingbird on the upper left hand side of the box cover. The same bird is featured on the card backs.

This deck was created over a period of several years, and reflects Amadori’s life experiences as a Tarot reader and artist. The aim of the deck is to encourage individuals to read intuitively, aided by the detailed images and bright colors within the cards. From my personal point of view, I also appreciate the fact that this is a borderless deck, which allows the mind to wander a bit. In her introduction, Amadori refers to the Tarot as a mirror of the soul.

The images can depict events (past, preset, or future), but they can also depict dreams, hopes, and astral visions. The Minor Arcana reference situations and feelings pertinent to their suit.

The Court Cards are depicted in a specific manner. From the Guide:

King and Queens are powerful characters, shown in their sphere of action. Knights are depicted with each corresponding (biblical) creature, and are emphasizing the atmosphere that corresponds with their element. Those four creatures (lion, eagle, human and bull) combined form the sphinx. Squires are young males who travel on foot. Mostly they represent a message or chance, or people we meet only for a short time.

The suits are Wands, Cups, Swords, and Coins. Strength is 8, Justice is 11. The Court Cards are King, Queen, Knight, and Squire. The Hierophant has been retitled the High Priest.

In her Guide, Amadori emphasizes the fact that the cards should be read intuitively. The words beneath the images are to be used as guidelines only – each individual needs to intuit the meaning for themselves. As the reader looks at each cars, they are to ask themselves what story the card tells that resonates with the question. What feelings and associations are represented? After all – a Tarot reading is the story of what s going on in the client’s life at the time of the reading. For the Court Cards, Amadori suggests that only the Kings and Queen’s be read as people. The Knights represent atmospheres and surroundings. The Squires represent messages or chances.

Three spreads are included in the Guide: a six card Healing Spread, a nine card spread entitled The Junction, and the traditional ten card Celtic Cross Spread. The write-up on the cards includes a small black and white scan, a word that represents the card, a short piece on what the card represents, and keywords.

The cards themselves are 2 ľ” by 4 ľ”. They are borderless, with a colored strip across the bottom. The backs are reversible, and show a hummingbird in flight, against a night sky, with a quarter moon in the upper right hand corner, against a background of stars. The Major Arcana show the title across the middle of the strip, the pips (numbered cards) show the card meaning, while the Court Cards show title and suit.

I love the fact that there are no borders, and that there is a lot of beautiful color used. The style is very basic (primitive), use some traditional imagery, and some of the Amadori’s own choice. The more non-traditional includes the Eagle on the Eight of Wands, the biblical animals alongside the Knight’s horses, the Devil depicted as a clown, the rainbow coming from the bottom of the glass in the Magician’s hand, Death showing figures in white tethered to a figure in a black cape, the Fool in a juggler costume, juggling the cycles of the moon, and the Hummingbird above the Six of Cups.

The High Priest (Hierophant) shows a figure clad in white, standing behind a tree, against a background of flames. The Guide refers to the High Priest as incorporating the virtue of listening to the inner voice, or guidance from within.

The Hermit shows a figure standing on a cliff, facing water. His left hand is at his side, his right hand is extended in front of him. Golden light radiates from his heart. The Guide speaks of prudence and wisdom, of letting go of all baggage and concentrating on the essential things in life.

The Moon shows figures going up into the sky, into a full moon. The Guide speaks of Dreams, twilight, and intuition – but with the danger of getting lost.

The Three of Wands shows three upright Wands, connected with a red ribbon. They have been placed in green grass, next to a small body of water. Each Wand has a gold tip. In the background we see the sun shining over mountains.

The Ten of Cups shows a figure standing within an eye, surrounded by the twelve astrological signs. Ten cups are lined up in two rows underneath the figure. The association on the bottom of the card reads “Perfected Success”. The Guide speaks of great bliss, and a happy family life.

The Six of Swords shows a red rose centered on a gold shield, surrounded by a blue-green motif. Six swords are lodged in the gold shield, with choppy water under them. The Guide speaks of success after endured troubles. The association on the bottom of the card is “Earned Success”.

The Nine of Swords Shows a male figure in black, with his head in his hands. Above his head we see nine swords aimed at him. The Guide speaks of pain, depression, and nightmares. The association along the bottom of the card is “Despair and Cruelty”.

The Five of Coins shows a darkened room with light streaming in through a barred window. Five golden coins are on the floor, along with three dark birds (perhaps raven). The guide speaks of loss of money or job, or long periods of poverty. The association along the bottom of the card is “Material Trouble”.

The King of Coins shows a male figure, dressed in black, seated in a red chair. His right arm is on the arm of the chair, while his left hand is raised, holding a large coin in it. The Guide speaks of a reliable, even tempered man, who is patient and hard working.

This is a very refreshing deck, beautifully done, that is very easy to read with. Stories flow! I would feel comfortable offering this deck to any of my clients.