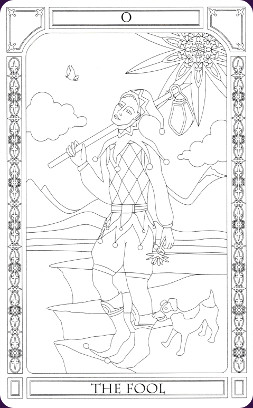 Colour Your Tarot is a black and white deck of 78 cards, designed to be coloured in by the user. The cards are based on the Marseilles tradition, and have fully illustrated major arcana but plain pip cards for the minor arcana. The deck is packaged with a set of colour pencils and a companion book.


Card Images from the Colour Your Tarot 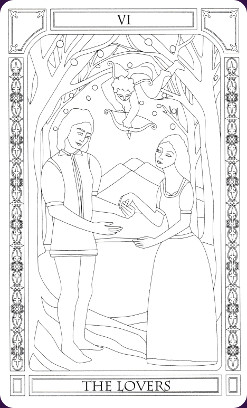 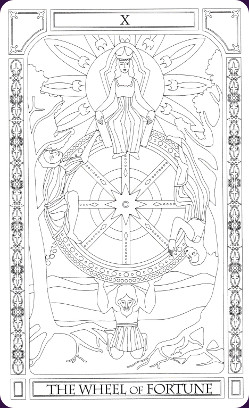 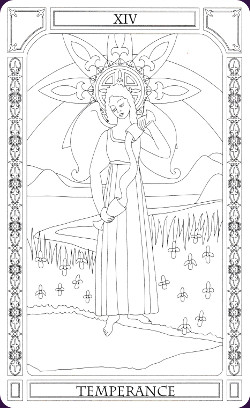 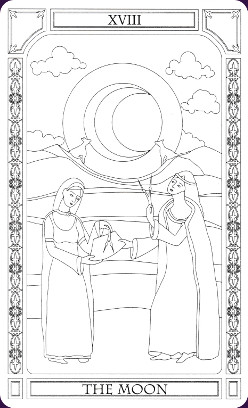 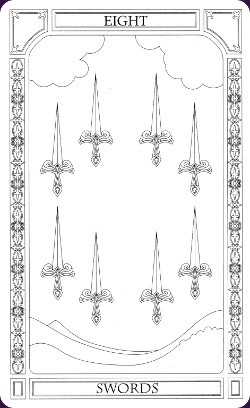 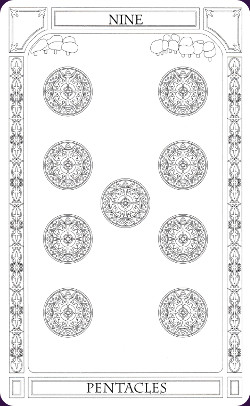 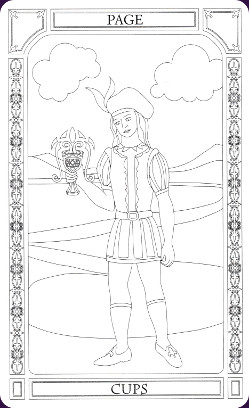 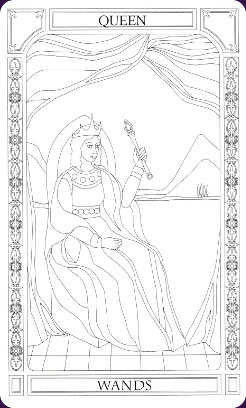 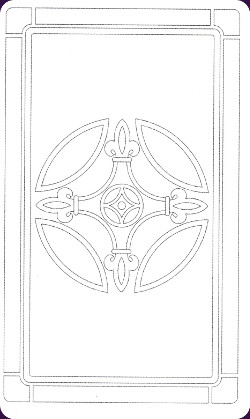 Colour Your Tarot Review by medusawink

Over the years there have been many black-and-white tarot decks published - most notably the Ravenswood Eastern Tarot, B.O.T.A. Tarot, Black and White Tarot, and Daughters of the Moon Tarot were all created with the intention that the Seeker would colour the cards according to their own specifications. Into this distinguished company comes the Colour Your Tarot box set – a deck of 78 black and white cards, 10 coloured pencils, and a full-colour guidebook.

The cards measure 80 x 130 mm which makes them about an average sized tarot deck. The card stock is more like heavy paper than card, quite flimsy, prone to bending and creasing. Although the cards can be shuffled, this will rub any pencil colours onto both the user's hands and other cards, and may blur the colours. Colouring with a heavy hand will score the card-paper. The cards are made to be coloured both front and back, however they would need to be laminated in order to use them without damaging them. Plastic laminate would probably make the deck so thick it would be extremely difficult to handle, and very heavy. A spray laminate may work well on these cards. Pencil colours included in the pack are purple, pink, red, orange, yellow, dark blue, pale blue, dark green, light green, and brown.

The images depict pseudo Medieval scenes in Tuscan-style line-work. The coloured cards shown in the guidebook actually feature Tuscan colour schemes, but obviously the Seeker can choose their own palette for this deck. There is virtually no shading, the outlines presented are 'cartoons’– chiaroscuro and depth of field must be added by the colourist. The cards have a rustic patterned border on both sides of the main image; at the top are spaces designed to look like tiles, at the base of the card is the title contained in a tile or plaque. The design on the back of the cards - a fairly simple fleur-de-lis circular pattern - is fully reversible.

The guidebook, only 64 pages long, packs in a lot of relevant information, including five layouts, predicting timing of events, upright and reversed meanings for the Minor Arcana. The Major Arcana cards each have their own page featuring Keywords, planet or astrological sign, a description of the card, Upright Meaning, Reversed Meaning. These divinatory meanings are fairly standard traditional interpretations, and thoroughly reliable. The guidebook features coloured illustrations which are certainly inspiring in their beauty, however they do appear to be professionally coloured using mixed media including digital enhancement.

The cards come packaged in a fairly large commercial type box – broad, shallow, with a liftoff the which has a plastic window to display the cards. It is predominantly purple, printed with pictures of the cards and information about the deck. The cards are held together in a block by a band of plastic on the right side of the box, the pencils are laid out neatly on the left, and the guidebook sits on top of them. This is not a box intended as permanent storage, nor is it easily transportable.

These cards are closely related to the colouring books that are currently being produced for adults, and best pursued as an esoteric extension of the colouring-as-meditation trend. Ideal as a gift, fantastic as a meditation device, not something to race through but rather to approach thoughtfully, and complete over months not days. With an investment of patience and care one may end up with a gorgeous and completely individual tarot deck.


Complete Details of Colour Your Tarot


Similar Decks to Colour Your Tarot