Goddess on the Go 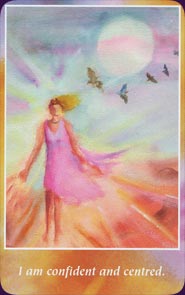 The Goddess on the Go pack is a small deck of 33 uplifting paintings of women in motion and on the go, linked with a heart-centered affirmative phrase. From Amy Sophia Marashinsky, creator of the Goddess Oracle, and artist Melissa Harris.


Card Images from the Goddess on the Go 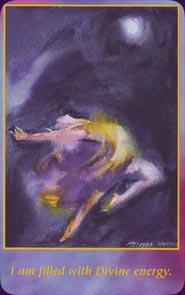 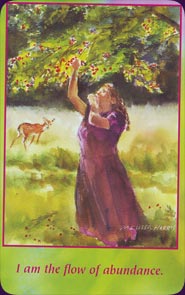 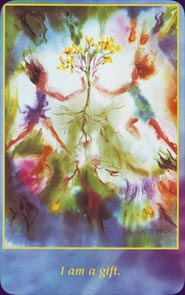 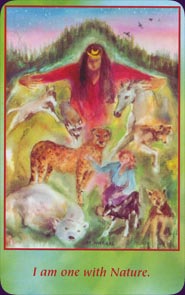 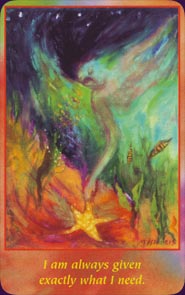 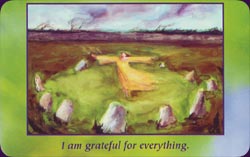 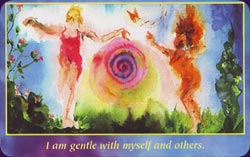 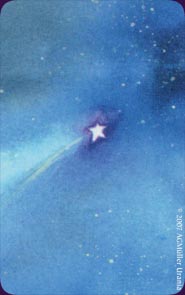 Goddess on the Go Review by Solandia

“Goddess On the Go is a small deck of 33 uplifting and stunning paintings of women on the go combined with a heart-centered nourishing phrase. Designed especially for the fast paced life style of today’s goddesses (all women are goddesses), it is small enough to fit anywhere and light enough to be carried around everywhere.” - Amy Sophia Marashinsky

Goddess on the Go is the third oracle pack from Amy Sophia Marashinsky, creator of the Goddess Oracle and the more recent Oracle of the Grail Code: Restoration of the Feminine. For this deck, she has worked with artist Melissa Harris to create an accessible, positive and nurturing affirmation deck that is “a dose of spiritual first aid” – successfully, I should add.

Amy’s affirmations are designed to be concentrated energy phrases, simple but elegant, and capable of “dissolving core negative thoughts and replacing them with a healing beam of transformational light and love”. After choosing Melissa as the artist, Amy went through Melissa’s huge collection of paintings to find the right images to match them. She paid close attention to the energies of the words and what they created with their vibrations, and knew the text and its accompanying image were right when she “held the card while reading the affirmation and felt it entering my being like a burst of light, leaving a fallout of happiness and peace”.

Melissa’s images have swirling, saturated colours blurring into almost watery edges. They’re more expressionistic than realistic; the figures inspired by the women in her life but mostly from her imagination, and have a strong feeling of motion and dance. My favourite card has the affirmation, ‘I am filled with Divine Energy’, painted with a woman dressed in yellow and purple, her head thrown back in a wild and joyous dance.

Physically, the cards are small - roughly playing card size – and compact enough to fit in a handbag or purse. A few of the cards are landscape oriented instead of portrait (of which I’m not a great fan) but as the cards generally used individually rather than in readings, it isn't a major problem. They’re packaged in a small but sturdy cardboard box (the top lifts off – it’s not a flip-top box), with a 70-page little white booklet.

The booklet is a personal look at the background and process of the deck’s creation, the effectiveness of affirmations, and the possible uses for the deck (as it’s not a deck for readings as such). Amy offers some suggestions:

There are fairly similar decks on the market with a goddess, female-centric or affirmations theme, but I liked the Goddess on the Go pack because of its simplicity and the way its art and advice can instantly bring about a mental or emotional change. These are uplifting, positive cards, perfect as the pick-me-up in hard times or as a gentle daily reminder. I really enjoyed working with this deck, and it's one I'll be continuing to use.


Complete Details of Goddess on the Go


Similar Decks to Goddess on the Go

Home > Decks > Goddess on the Go