Oracle of the Grail Code

The Oracle of the Grail Code: The Restoration of the Feminine is a divination system based on the previously hidden Feminine side of the legends of the Holy Grail. The deck has 33 beautiful cards with image of old paintings, that correspond to 33 qualities and principles of the Divine feminine. Intended for for creativity, insight and transformation.


Card Images from the Oracle of the Grail Code 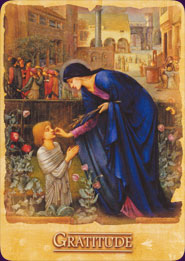 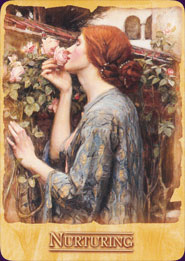 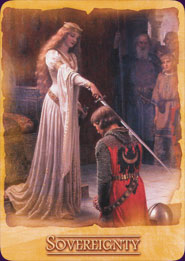 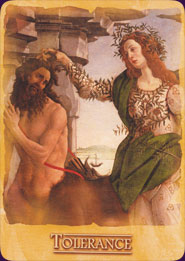 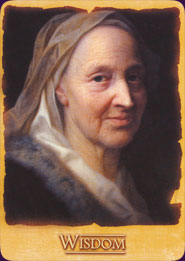 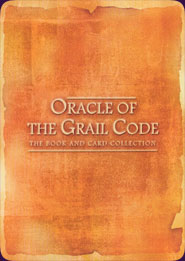 Oracle of the Grail Code Review by Solandia

The Oracle of the Grail Code is the second feminine-focused oracle deck from Amy Sophia Marashinsky, previously known for the Goddess Oracle. This deck has 33 rather beautiful cards that bring to the light Amy’s concept of the previously hidden feminine side of the Grail legends.

“The Oracle of the Grail Code is the loving, nourishing wisdom I gleaned by following the faint thread of the Feminine through history.”

Amy researched the Grail legends in depth, after being initially inspired by the mystique of the Da Vinci Code novel. She delved into the subject and the strands of myth that make up the Grail story, and found her a concept for a new deck was beginning to take shape. She realised that as well as the Grail being a spiritual path of denial of the senses, of asceticism and hard work, by men and for men, there was another path of the Grail – one for women.

“Women are the Grail, the cup, as Mary Magdalene was the Grail, the cup of Jesus’ blood, so there isn’t a ‘Grail Quest’ for them. Instead it is about recovering their original nature, their beingness, through remembering and reconnecting and then finding a way to live their Feminine selves out loud in the world.”

To illustrate her deck of the 33 divine Feminine aspects corresponding to the essence of the Grail legends , Amy chose not to have a modern artist interpret her card concepts. Instead, she elected to use a well-known painting featuring a woman (or women) to illustrate the card quality or character attribute.

The instantly recognisable Mona Lisa by Leonardo da Vinci is placed as ‘Merriment’ (nice choice). The Birth of Venus by Botticelli is ‘Beauty’. There are several paintings by John William Waterhouse featuring elegant red-headed women; The Soul of the Rose becomes the image of ‘Nurturing’. Other artists include Arthur Hughes, Walter Crane (paid homage in the Harmonious Tarot), Sir Edward Burne-Jones, and Dante Rossetti.

There is no collage or tweaking to the artwork, just the original painted image. Some cards are portrait-oriented, others landscape-oriented, which I didn’t find ideal but is probably a limitation placed by the source image. My favourite card of the deck was ‘Wisdom’, which has a painting of A Portrait of an Old Woman by Balthasar Denning. It has such wonderful lighting, and such wry wisdom in her face, a perfect image for the feminine archetype.

The 33 cards are on the large size - 11cm wide by 15cm high – and the backs have an aged looking orange background. The words ‘Oracle of the Grail Code: The Book and Card Collection’ printed in the centre. The cards are packaged in a sturdy, matte, flip-top cardboard box along with an equally sturdy 176-page hardcover book. The inside lid of the box is also decorated with a full-size image of the ‘Honoring’ card.

The book talks initially about Amy’s journey to create the concept of the Oracle of the Grail Code, and the purpose of the deck. Following are two original spreads for use with the Oracle: a three-card and five-card spread, both explaining with a sample reading as well (which is always handy). The back of the book also has a quick ‘Index of Cards and Qualities’, for those who want to know more about the origins of the image – it lists the card name, the title of the painting and the artist. The following pages of ‘Illustration Credits’ also give the copyright details and often the location of the painting itself, should you be inspired to go and see the real thing.

The 33 card meanings make up the bulk of the book. These are simple; each card is divided into a Meaning (which explores how that attribute may appear in your life, offers advice, and asks pertinent questions) and Meditation, which takes you through a guided step-by-step meditation and visualisation linked with the energy of the card.

The Oracle of the Grail Code can be used in multi-card spreads like those outlined in the book, but I preferred to use them as single cards, drawing one a day for guidance and going through the meditation, or leaving one out to remind me of a particular quality. It’s a very gentle, encouraging, and feminine set.

“At the heart of the Grail legacy lies the profound power of the Feminine, which carries with it the key to creativity, insight and transformation.”


Complete Details of Oracle of the Grail Code


Similar Decks to Oracle of the Grail Code