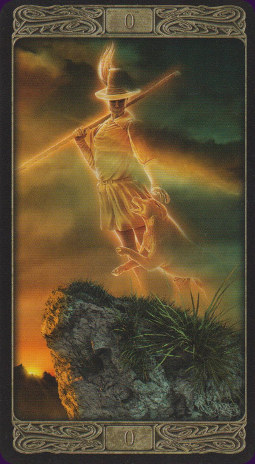 The Ghost Tarot is an ethereal and unearthly 78 card deck illustrated by Davide Corsi. It's set in a moonlit landscape of haunted castles, ghosts and barely visible spectres, and takes an unusual, romantic and creative approach to the standard tarot scenes.


Card Images from the Ghost Tarot 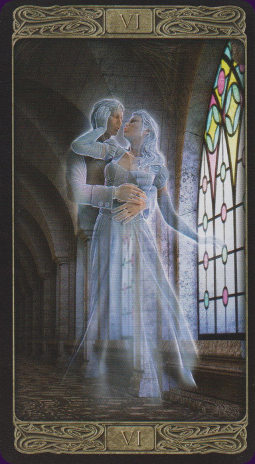 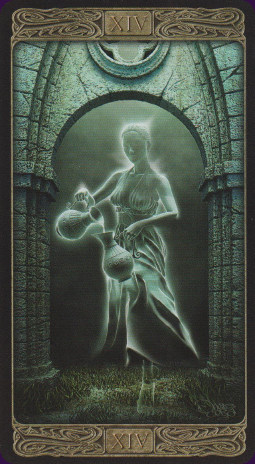 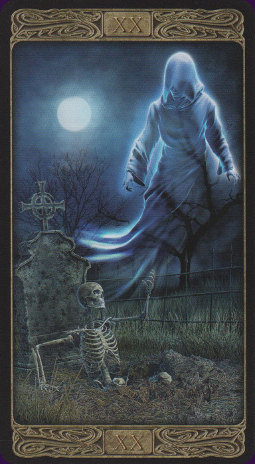 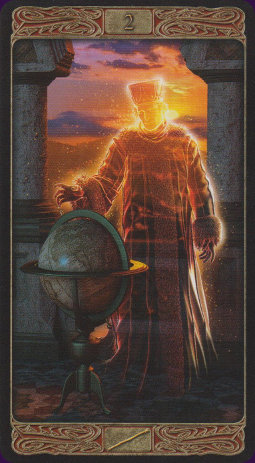 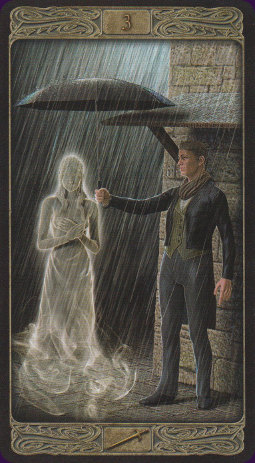 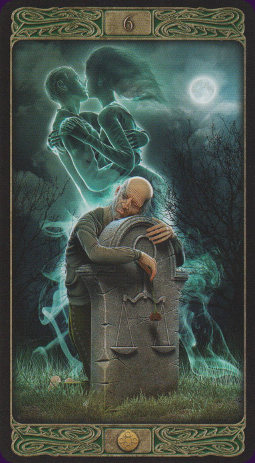 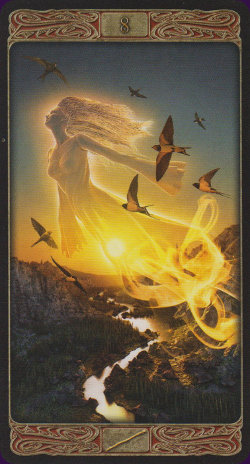 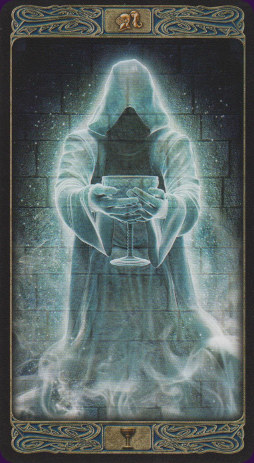 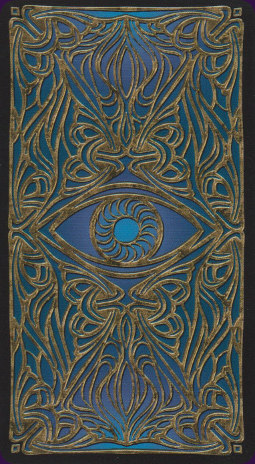 “Ghosts, in a certain sense, can be seen as the memory of the world, the expression of emotions, of desires, of incomplete journeys and interrupted potential. .. What counts is the reflection of the ghosts in our lives, in our decisions, and in our experiences.”

I wasn’t sure what to expect upon opening the Ghost Tarot; perhaps a cookie-cutter Rider-Waite style deck in horror movie theme, with haunted castles and vampiric figures in black, or a deck that took licence with the imagery for the sake of a pretty gothic theme, and dispensed with coherent tarot symbology.

It turned out to be neither. It’s a ‘dark’ deck in the literal sense; almost wholly set at night, in the moonlight, indoors in grey stone castles, where the occasional flashes of light, sunrises and sunsets, stand out all the more. But it’s a gentle, almost romantic, deck that rarely strays into horror or gore.

What it does is twine the tarot with the theme of ghosts as missed opportunities, as lives cut short, as experiences so strong they imprinted on time despite being lost from the physical world. Every ghost has a history or was part of the story, as in the Three of Swords. Rather than being just a heart pierced by three swords, it shows a well-dressed man in the rain, holding an umbrella above the ghostly figure of a woman.

The art by Davide Corsi (of the Pictorial Key Tarot, Tarot of the Elves, and Vampire Tarot of the Eternal Night) has that slightly too perfect computer-generated look in places, but is generally consistent overall. There’s a stark and effective simplicity in some cards (like Temperance), a silent stillness in some (King and Queen of Swords) and a punch of emotion in others (Six of Pentacles). There are also some rather wonderful interpretations on the theme, like the Ten of Cups, which shows a skeletal Grim Reaper running joyfully along the crest of a hill, ecstatic ghosts running behind.

The companion booklet has 16 pages in English, and offers an explanation beyond simple keywords for each card despite the small space. The booklet also mentions that it’s best to use this deck while in an even emotional state – “approach this tarot with light-heartedness but never while overcome with emotion.” This is good advice: the deck focuses on the sadder side of life: regret, nostalgia, pain and loss. But these too are part of life, and this tarot has its place for readings too.

I’m not a fan of horror movies or themes, so the gentler approach of the Ghost Tarot and its unusual look at typical tarot scenes were a unexpected surprise. It’s not a deck to everyone’s taste, but if you are a more experienced tarot reader it deserves a closer look.