Tarot Made Easy is an all-in-one introduction to tarot cards. The kit includes the Llewellyn Classic Tarot, and a comprehensive guidebook by tarot author, Barbara Moore.

Card Images from the Tarot Made Easy 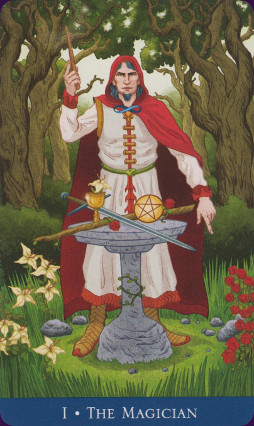 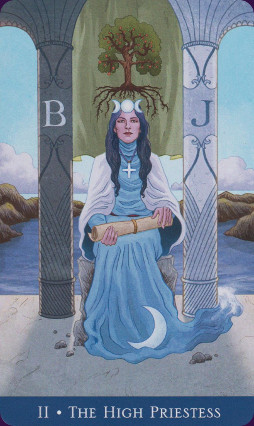 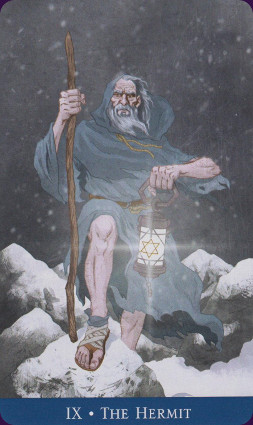 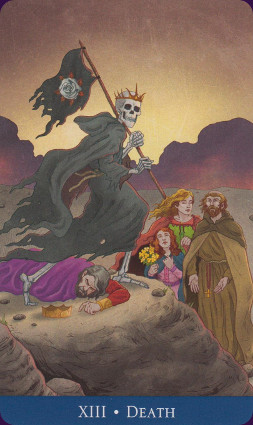 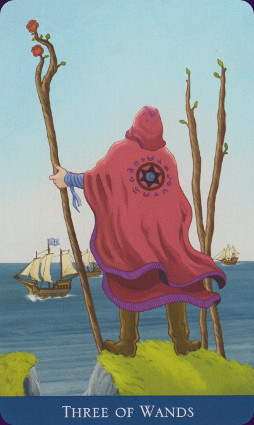 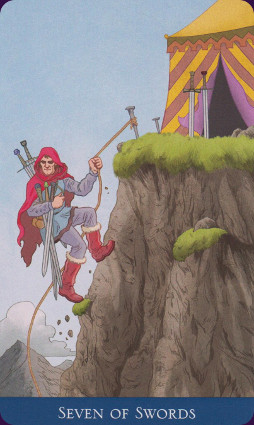 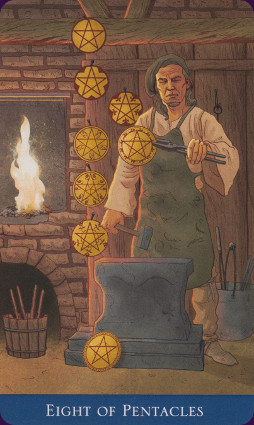 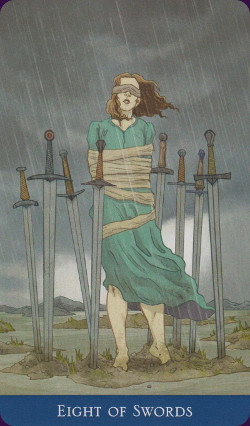 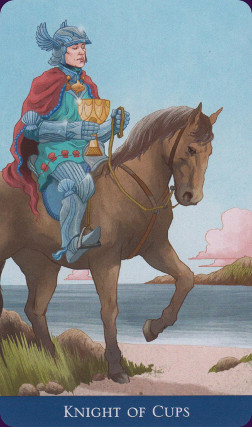 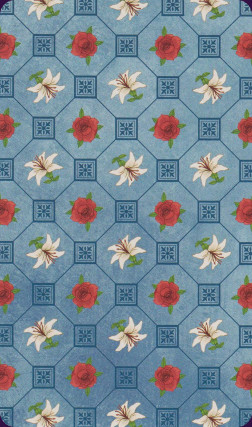 
Tarot Made Easy Review by medusawink

These days a person setting out on the path of learning the tarot is likely to be overwhelmed by the choices before them, with thousands of decks and hundreds of books on the market it’s hard to know exactly where to begin. Tarot has a vast array of guidebooks for progressive and advanced users full of complex information and techniques, and far fewer books dedicated to a clear and simple introduction to reading the cards. With Tarot Made Easy, Barbara Moore has come up with a genuinely helpful beginner's kit.

Moore is one of the most prolific authors and co-creators of tarot decks today. While many of her books are aimed at tarot novices, her other titles and decks are some of the most sophisticated and progressive currently in publication.

Artist Eugene Smith has previously illustrated the Animal Totem Tarot, and has also illustrated the tarot deck component of this box set. Smith utilises many different techniques in his professional portfolio and he has approached this deck in a comic book/graphic novel artistic style. The deck itself is essentially a Rider Waite Smith clone featuring modern art techniques to update Pamela Coleman Smith's classic illustrations, with a few minor alterations.

The deck measures 70 x 117 mm which makes it a fairly average sized tarot deck. The card stock is very lightweight, bordering on flimsy, and somewhat fragile. The cards will probably not stand up to a heavy-handed user. They are extremely flexible, with a smooth, low sheen finish. Nonetheless the cards have a nice weight to them, they sit comfortably in the hands, and are easy to shuffle and handle.

The print quality is good, with crisp, clear images, and no misprints, no blurring, and no colour bleeds. The artist’s palette is broad, with strong, rich colours. Following the comic book/graphic novel style the colours are generally solid blocks rather than subtle gradations. That is not to say that the illustrations are garish; the natural world is rendered with delicacy and charm. The artists touch is light and the cards are imbued with an atmosphere of serenity. However many of the characters’ faces have similar features – dreamy, half closed eyes, high cheekbones, and full-lipped smiles. Depending on one's mood these expressions can be read as charmingly otherworldly, or supercilious and annoying. Save for a deep blue strip at the bottom baring the number and title, the cards are borderless. The print on the back features a tile design with lilies and roses, it is reversible.

The cards and guidebook come packaged in a solid cardboard box. The lid is held shut by magnetic clasps, and folds open. The cards are seated in a deep cardboard well, with the guidebook placed on top of them. The glossy box is yellow on the inside and slate grey on the outside. The cover features many images from the deck as well as information which largely concerns the guidebook. This packaging is sturdy and can easily withstand being shoved into a backpack and toted around the countryside.

The 203 page guidebook by Barbara Moore is probably the major selling point of this entire package. Subtitled "Learn to Read with Any Deck" this guidebook is a compendium of vital information for anyone wishing to seriously begin learning the tarot. While Moore’s approach is light-hearted and gentle, her information is precise and serious. The book has eight chapters starting with an inevitable 'Introduction’ and closing with 'Spreads and Extras’.

Chapter 1 – It's All about You - in this chapter the author tackles some of tarot’s big questions such as How Does The Tarot Work, Where Did The Answer Come From, What Is The Purpose Of A Reading, What Kinds Of Questions Are Good For A Tarot Reading, How Do I Shuffle, Select, And Lay Out the Cards, How Do I Interpret The Cards?

Chapter 2 – It's All about Tarot – this chapter tackles this structure of the tarot, looking at the suits, Court cards, the Major and Minor Arcana. Here you will also find charts which list numerological meanings, suits’ meanings, Court card meanings, as well as some excellent keyword summary meanings for the Major Arcana. Also included in this chapter are a few exercises to help the Seeker become acquainted with the concepts discussed.

Chapter 3 – Reversals, Significators, And Clarifiers - here you will find a discussion about whether to use reversed cards or not, and it is worth pointing out that Moore does not include reversed meanings in this book. However she does give a handful of methods for interpreting reversed cards. There is a lengthy discussion about choosing a significator for a reading. Also included is a short exploration regarding the use of clarifiers. Again several exercises exploring the concepts discussed in the chapter are included.

Chapter 4 – How to Do a Reading - in this chapter the reader is introduced to techniques for reading a layout including scanning for significant cards i.e. Major Arcana, Court Cards, the preponderance of a particular suit or numbers, as well as the presence of reversed cards. 'Post Scan’ gives some instruction about breaking down the reading into sections and individual cards. Exercises for the reader are included in this chapter too.

Chapter 5 – The Minor Arcana - at last we come to the divinatory meanings of each card. Rather than going suit by suit the cards are examined number by number starting with aces and working through to the tens. The meaning here are couched in modern terms and examine modern dilemmas, reversed meanings are not given.

Chapter 6 – The Court Cards - the introduction to this chapter offers a brief discussion about the complex nature of the Court being both representative of actual people and/or abstract meanings. Once again the cards are examined by position rather than suit, beginning with the Pages and working through to the Kings. Barbara Moore tends to view the Court cards as being representative of people rather than situations.

Chapter 7 – The Major Arcana – these cards are examined at some length beginning with a plethora of keywords. Rather than a breakdown of the symbols and esoteric meaning being given in an academic examination of each card, they are discussed in the form of the Fool’s Journey, and each card is a short chapter. Here the author looks at traditional meanings but focuses on modern interpretations that are most relevant to our lives today.

Chapter 8 – Spreads and Extras – this chapter looks at a few short layouts, including a five card Yes/No spread and a Modified Horseshoe Spread. There are a few final words of encouragement from the author about ethics, difficult cards, and practising, as well as a farewell.

For fans of Barbara Moore’s tarot decks and books this box set is, of course, a must have. If you are interested in the tarot, but have no idea of where to begin, then you have come to the right place - this box set has it all going on. If you are looking for a refresher course in tarot then Tarot Made Easy is an excellent resource.


Similar Decks to Tarot Made Easy