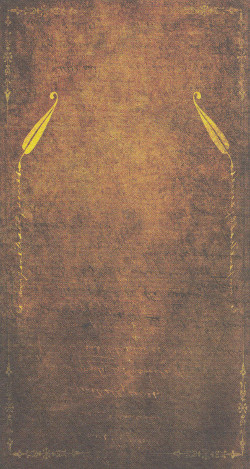 The Tarocchi Appropriati (Tarot Appropriate) is a 22-card collaborative project created by the Museo dei Tarocchi. It's an homage to the time when tarot was still a parlour game played by the nobility. Published in a limited edition of 100 sets.


Card Images from the Tarocchi Appropriati 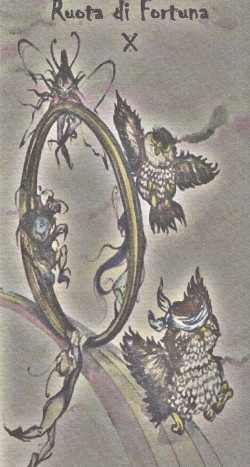 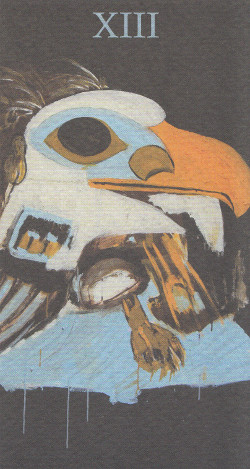 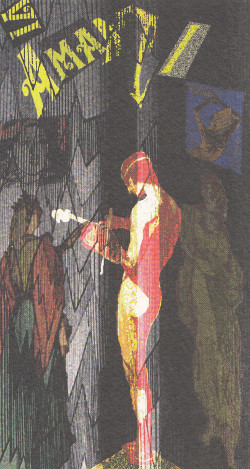 The “Tarocchi Appropriati” is a 22 card, majors only deck and 96 page companion book that is a collaborative project under the auspices of the Museo Dei Tarocchi, hosted by Morena Poltronieri, in collaboration with Ernesto Fazioli, and overseen by Tarot historian Giovanni Pelosini. This is a Limited, Special Edition of 100 sets. The cards and companion book are packaged in a special, ribbed, corrugated box with the cover art on the lid (which carries the Museo’s Hot Wax Seal).

Note: There are two additional cards - a title card, and a card listing the artists. The booklet is available in English, translated by artist Arnell Ando (Transformational Tarot). Cover art is by Jessica Angiulli.

This deck is an homage from the hosts of Tarocchi Appropriati (Morena Polronieri and Ernesto Fazioli) to a time in Tarot history when nobility enjoyed playing parlor games with the cards. I loved the background given in the accompanying book – how the presence of the Tarot in Bologna was later than it was elsewhere, and that it was not always performed in verse. Each trump of “Tarocchini Appropriate” was inspired for a different lady, and was presented in two distinct parts – the first being the correspondences between the trump cards and the ladies, the second, in prose, provided an explanation of the proposed correspondence (which was at times rather wicked or cheeky).

The artists and their corresponding cards are listed at the beginning of the companion book, with artist bios at the back of the book. They represent an international artistic talent:


The cards are presented with a small black and white scan, the artists interpretation of the card, and a poem from poet Jari Casagrande (who also was the artist for The Hermit). Tarot historian Giovanni Pelosini contributed the card Temperance. I love this way of looking at the Tarot – and hope that you do also!

The cards are 2.75” by 5”, on matte cardstock (my favorite cardstock!). The card backs are done in a muted brown and gold, and are not reversible. The card faces are borderless, and include the card number and title.

Ruota di Fortuna: “Continuous movement of life, I find you constantly, even if hidden among crickets and owls who rejoice. I know where to look, when the dark corners of memory require your eyes. You know where to find me, whenever I whisper of the love that brought us together …
Friends of the heart
Sisters forever”

The Death: “Arcana XIII is obtained from the masque “headgear carved wooden with a clan c.1875”(Size: 100 X 100 cm – mixed media: Acrylic on canvas). It is a shamanic headdress topped with a totem animal. To protect people in the journey between life and death. To enter into another world, where chaos reigns supreme. Where good is in constant struggle with the evil dark forces of nature. It is the realm of the night, the womb, with felines looking hungry at coops with feathers that camouflage the head …
Feast on a solemn transformation. A royal banquet.
Death and then unmentionable passing – until it reaches the extreme point where fingers are touching, in a magical exchange that sets off sparks of new life. Roar. Rattle. Dance.
It is a shamanic headdress topped by a totem animal, an object to overcome the illusion of life, believing in death, attempting a new journey. Vision quest. Life does not die.”

The Lovers: “My musical inspiration for composing the Amanti card was the punk music of the late 1970’s and early 1980’s. Ultimately it was the determining factor in employing digital media. When presented with the project, I pulled cards for both my friend Alain Giannotti and myself to let Tarot itself determine what we would do. He got Papa and I Amani. Initially I aspired to use a piece of classical music for inspiration. But the more studies I did, the more impossible I found it to decide to just one musical composition. For me, the meaning of the Lover’s card is distilled as conflict. In Marseilles inspired Tarots the lover is trying to choose between two very different women while he feels hapless victim to an arrow of fate about to crash through his consciousness in making his choice. Classical music excels in expressing pure emotional states or mimicking natural phenomena. A single composition that gave voice to Amanti would have to implode. Increasingly I realized many punk songs did an excellent job of such turmoil. Having been a performer on that musical scene myself I remembered how we put together cover art for our 45’s, gig posters, and cassette inserts. We used crude collage. If we had a lot of finesse maybe we used glue sticks, manicuring scissors and ball point pen to attack our material. More likely we used clear scotch tape, blunter craft scissors, and a photocopier. Digital composition is gthe closet thing to an equivalent today.”

I am very honored to be reviewing this deck. I want to personally thank Arnell Ando for doing the translation into English that allowed me to share in the wisdom that it presents. The work that the Museo de Tarocchi hosts is incomparable. This deck in particular is one that will appeal to Tarot artists, historians, and collectors.