The Lowbrow Tarot is a collaborative project, organised by Aunia Kahn who created the Silver Era Tarot. More than 20 different artists have contributed to this creative and unique majors-only deck.


Card Images from the Lowbrow Tarot 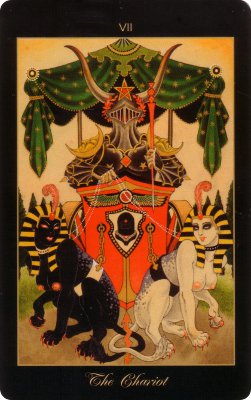 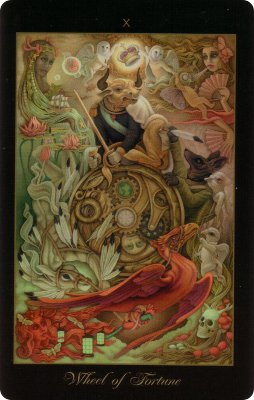 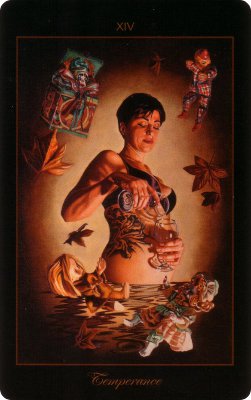 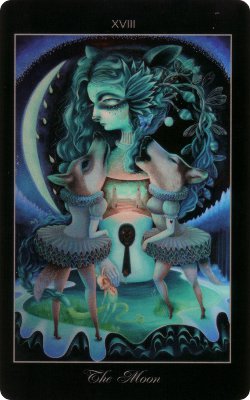 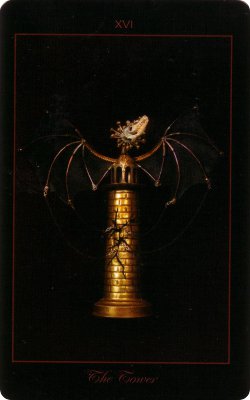 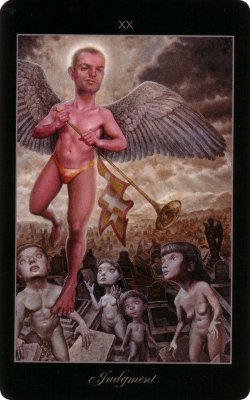 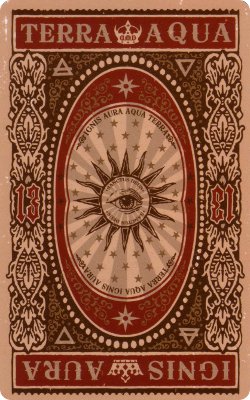 There’s something so powerful about a Major’s only deck and the Lowbrow’s images are the beautifully realized conceptions of each artist’s vision of the 22 Major Arcana. I was first captivated by the Empress when I stumbled onto information about this project online in 2011, I couldn’t wait to see the other images. I wondered how assigning a different artist to each of the Major Arcana would “blend” in a deck.

After viewing the deck and “getting to know it” for a few days I’m not sure I would be able to do a reading with it. I do think pulling one of these cards and adding it to a spread would give interesting depth to the reading. Every tarot deck either appeals to the user visually or not - and this is one of those decks that some will go crazy for and others won’t care for that said, The Low Brow Tarot Project is an amazing concept that took an incredible effort to complete. I have the utmost respect for all who were involved. The images will appeal most to those who enjoy the pop-surrealist style. Each card is unique and if you’re someone who enjoys “themed” decks, this won’t appeal to you. My overall feeling is that it’s a huge accomplishment for Aunia Kahn, and all of the collaborators involved. I personally don’t see this as a working deck but a true collector’s item for anyone with an interest in art. I also don’t consider it to be a deck for beginners.

I have mixed feelings about the LWB because it doesn’t really provide much information when it comes to possible meanings for each card, only a small description (upright and reversed) from the artist who created the image. It consists of the story of how Aunia Kahn came up with the idea to create the Lowbrow Tarot and a full page color image is shown of each card with the artists meaning and the reversed meaning. Each artist’s website is given at the bottom of the page. There are no spreads in this LWB, and it’s more focused on the artists than it is on the tarot.

The box is sturdy cardboard with a magnetic lid and features The Wheel of Fortune (Heather Watts) card on the front.

The interesting card backs are by Daniel Martin Diaz. The design is a flipped version of top and bottom allowing for reversals to be used. Terra Aqua is upright and Ignis Aura is reversed, there are many esoteric symbols to be discovered in this image.

These are not the largest cards we’ve seen from Schiffer, they measure 3 1/4 X 5 1 /4, they have rounded corners and the borders are black. The name and number on the front of each card is done in a way that blends in with the border so there is no distraction from the art in this deck.

My absolute favorite card in this deck is Strength, by Brian M. Viveros:

"She is strength, she is determination, she is power, she is the focused smoking soldier that has walked through the battlefields of life. She is confident within herself and presents herself to the world as strong. Her cuts and scars are a reminder of what she’s been through, and through it all she is a survivor standing tall."